I went on a conference to the 5 star De Hoek Country House in Magaliesburg recently.

Being the budding events planner in our team, I organized the conference and it ended up being a great success. De Hoek is a Country House- so expect beautiful manicured gardens, and warm wooden finishes. I found the rooms to be a little dated, but they did have underfloor heating which was great. The rooms are really big, with a lounge, patio and dressing room area. The bathroom is just as big, with a huge bath, shower and his and hers basins. On the downside, my bed had a teddy bear on it (weird!) and the room was missing slippers which is a small thing that they could have added. There also wasn’t any complimentary still water, which I’ve become quite accustomed to. 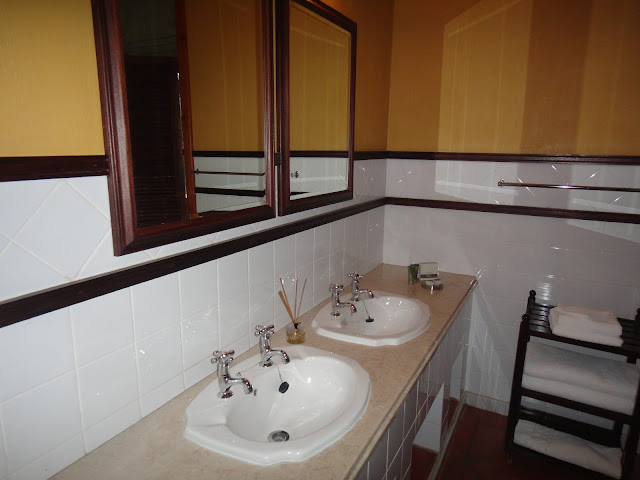 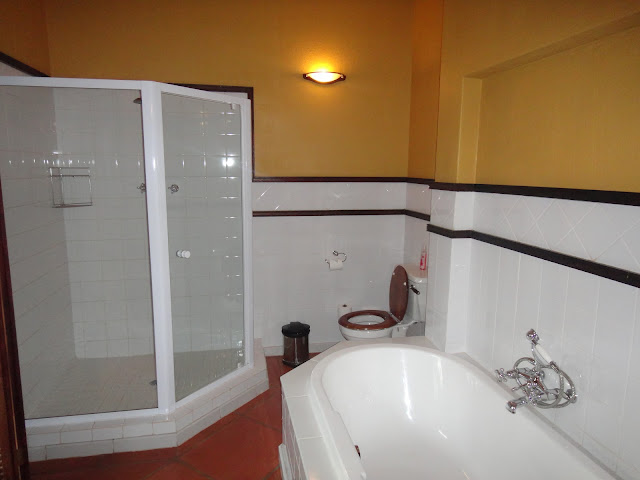 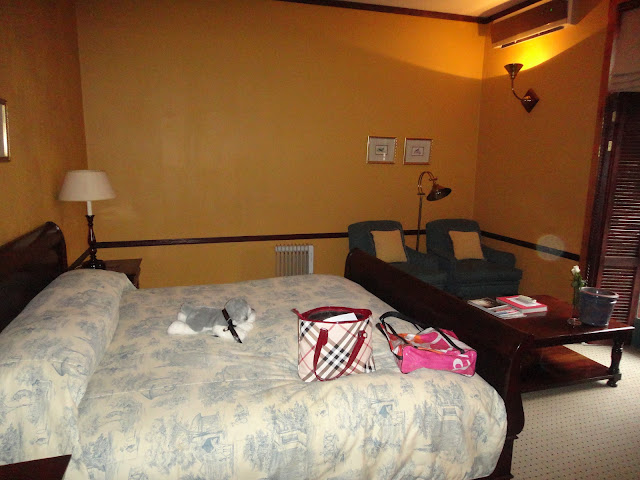 On the plus side, service is impeccable at all times. The staff really try to cater to your every request.
I found the food mediocre at best. Though the menus sounded very promising, I found all my meals bland and not very tasty.
However, on the first night they set up a stunning long mahogany table for the 14 of us- it was really something special. 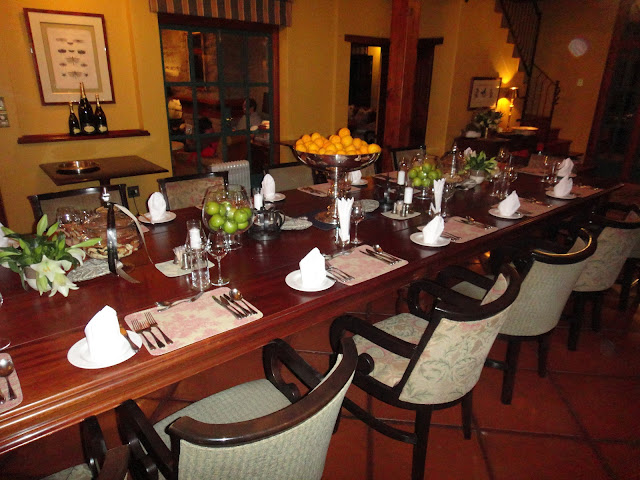 The highlight of the trip was definitely hot air ballooning over the Magalies mountains.
We woke up early and met at 6:30am, where we were greeted with the sight of 2 balloons being “fired up”. 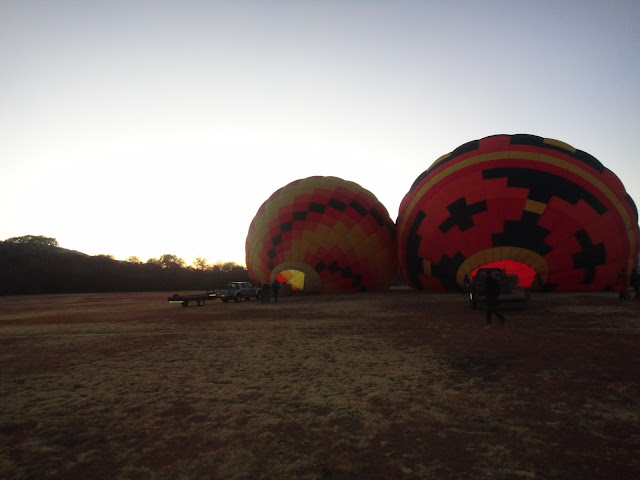 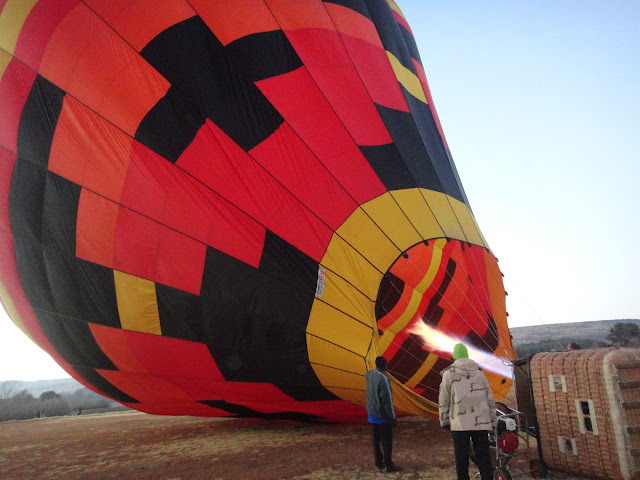 It’s so cool to be up in the air with no barriers. I know it sounds weird, but it’s amazing to stick your hand out and be able to FEEL the air… unlike in a plane.  I’m a little afraid of heights, but somehow in the balloon you feel safe. The landing is also super stable!
Because you fly so early, you get to see the sunrise- it’s just breathtaking.

We paid around R1700 per person to go on the ride, but look out for special deals on Groupon/ Wicount etc, I’ve seen it offered for R900 per person. It is something you have to do at least once in your life, and it makes for a great gift for that special someone as well. 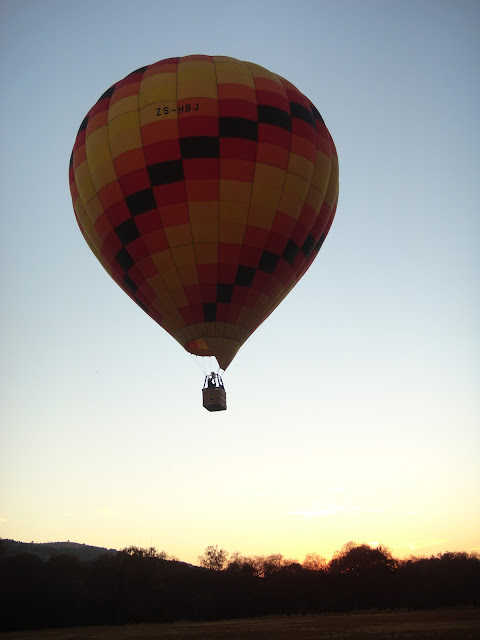 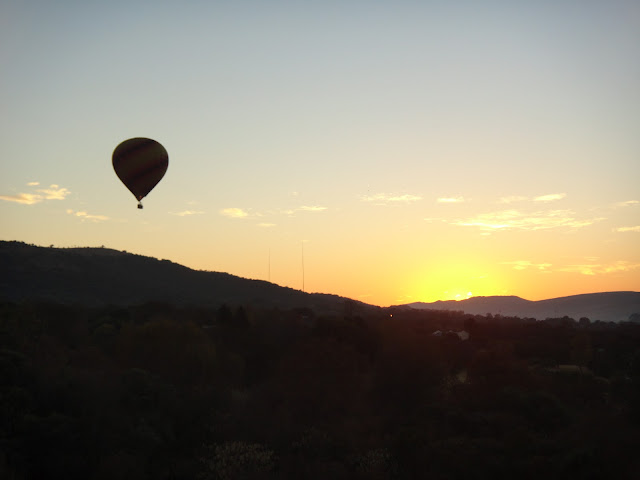 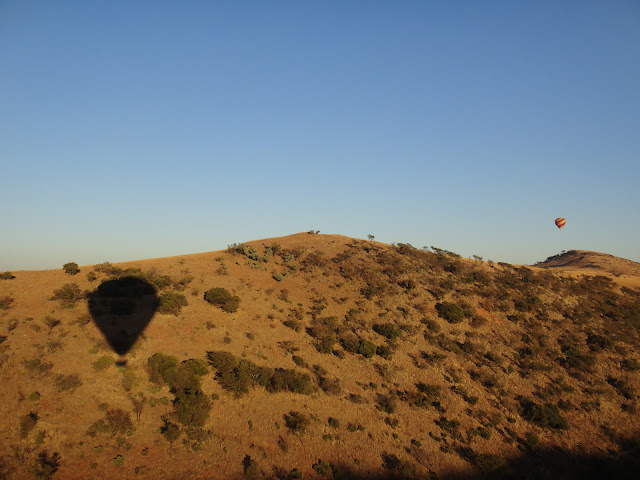