Cape Town, Day 2: One and Only Spa, The Test Kitchen & Reuben’s

I woke up on Friday three hours later than usual, feeling completely relaxed. I usually have an internal alarm clock and can never sleep later than 7am, no matter what time I’ve gone to bed! Not at OO though.. Have you ever stayed in a hotel room with blackout curtains? The curtains have some sort of lining which darken the room all day. I am SO getting those in my house, but then I may struggle even more to wake up for work 😉

We hit the gym and just made it in time for breakfast at Reuben’s, which ended at 11am. The breakfast buffet spanned the entire length of the restaurant. (would you expect anything less from OO?) 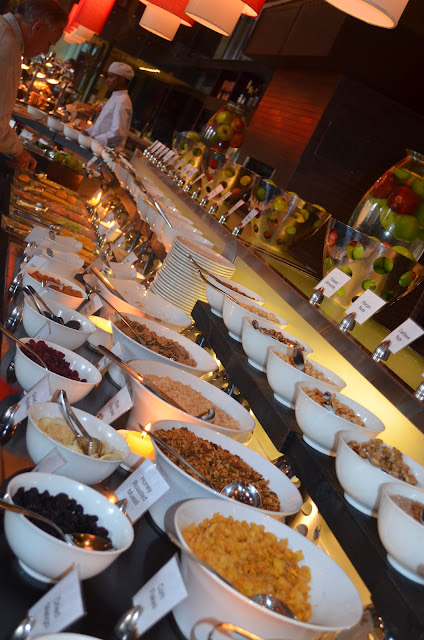 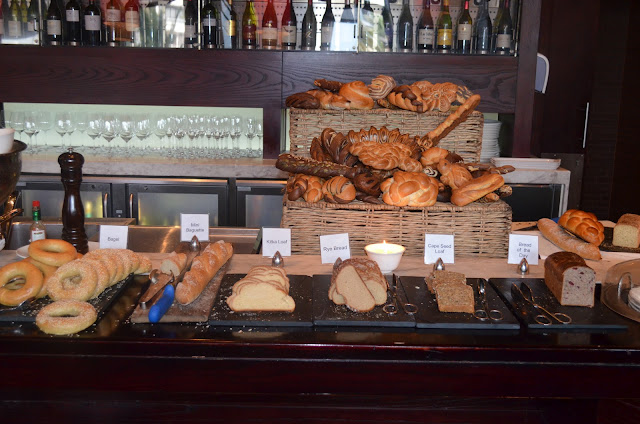 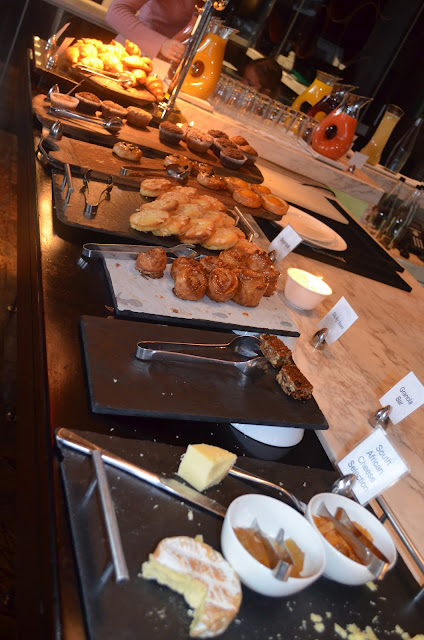 In addition to all of that they also have a hot breakfast menu which comes included with the breakfast. Breakfast is part of your room rate 🙂 The plan was to have a light breakfast so that we could do justice to lunch at the Test Kitchen. You’ll see from the pics below that, er, that didn’t really work out… :/ 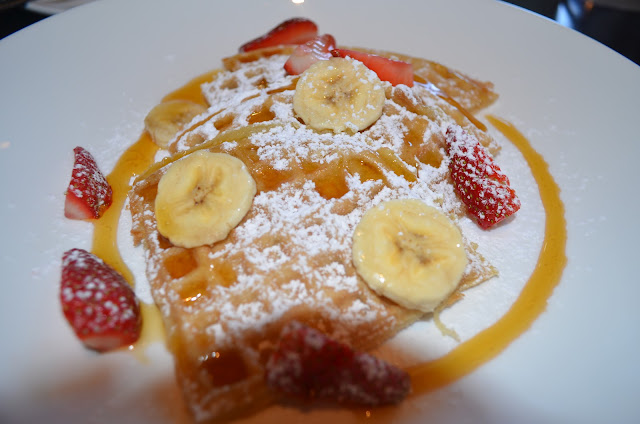 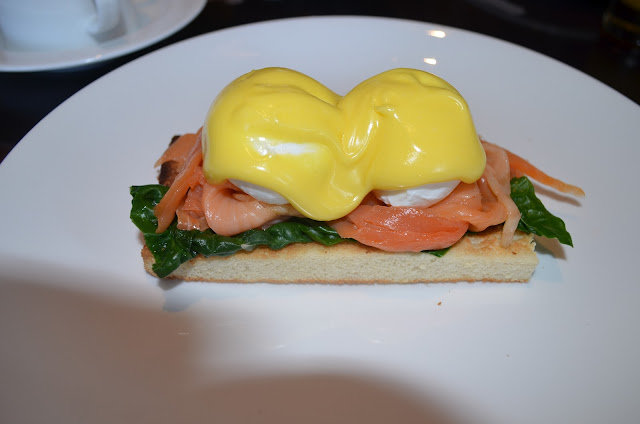 After that yumminess, we had an hour or so to kill before lunch (food, again?!) so we popped next door to the Aquarium, which is literally steps away from OO. This is a great Winter indoor activity, and also perfect for families. We came across the red Cape Town sight seeing bus, which departs from the Aquarium. I’ve heard such great things about the tours offered on this bus, even the locals love it. 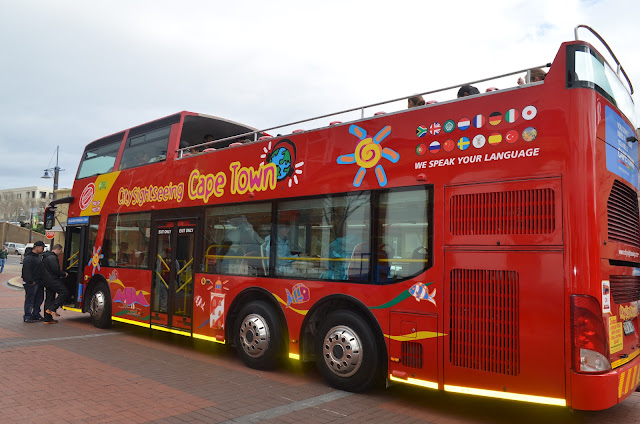 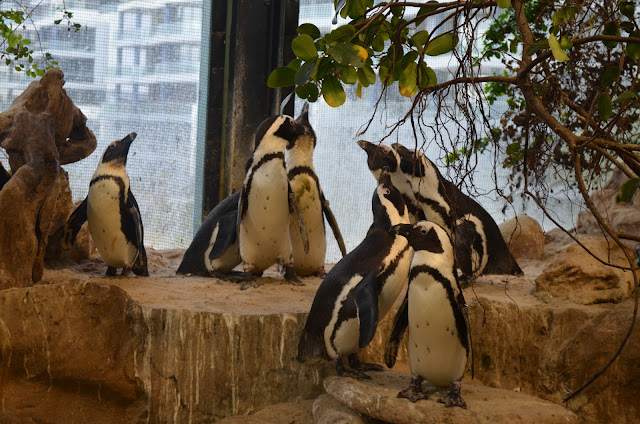 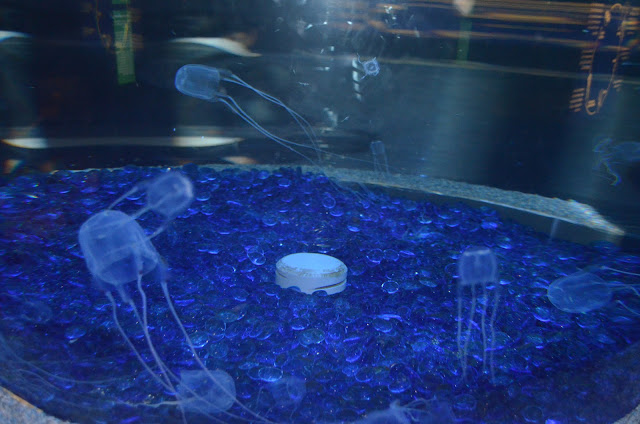 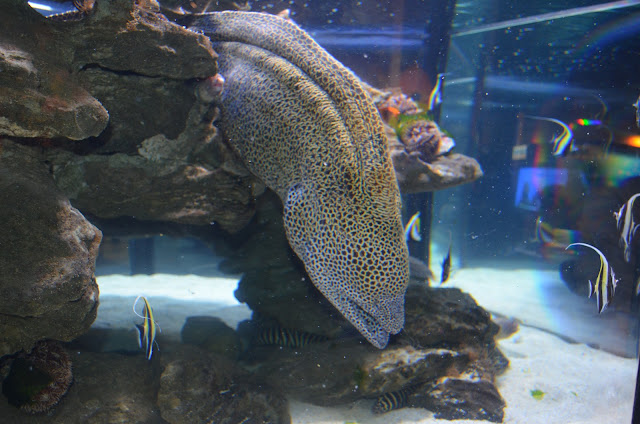 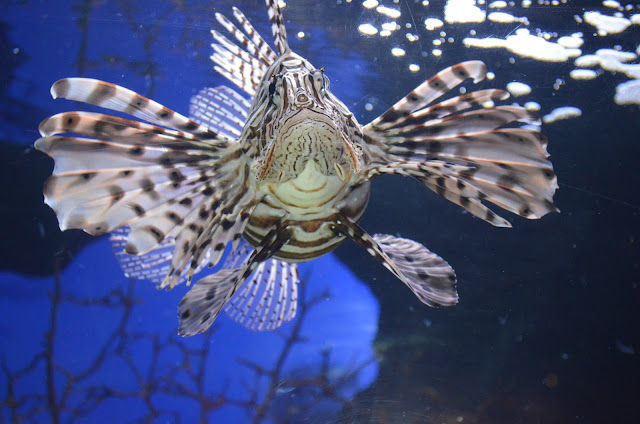 I’ve been to many aquariums but the design of this one is particularly good. The lighting and glass has been created in such a way that you can see the colours of the fish perfectly, and it feels like they’re swimming towards you!

We then drove a whole 5 minutes to the Test Kitchen. The Waterfront is super central to everything you want to do in CT… nothing seemed to be further away than a 10 minute drive.

I had been greatly anticipating eating at the Test Kitchen since it got put on the list for the Top 50 restaurants in the WORLD. That is a pretty huge achievement. I loved the feel of the restaurant. Small, very simple and no fancy finishes. The food was anything but. There’s an open kitchen so you can watch the chefs working and interacting- they were all very calm and just went about their jobs as if it was routine. None of the craziness you see on reality TV! I felt like the idea was not to distract you by lights and sparkles in your dining area, but rather to keep you completely focused on the food. And that we were! 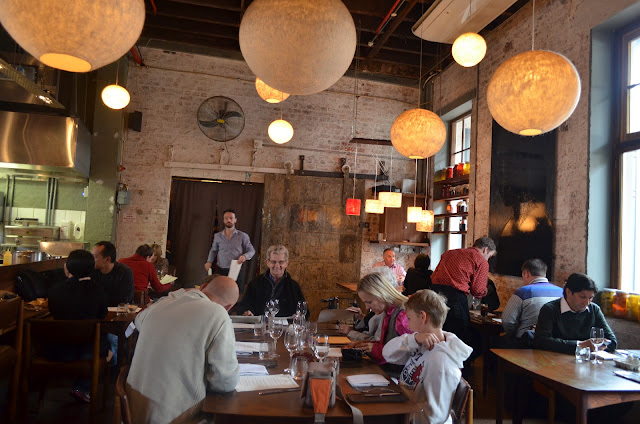 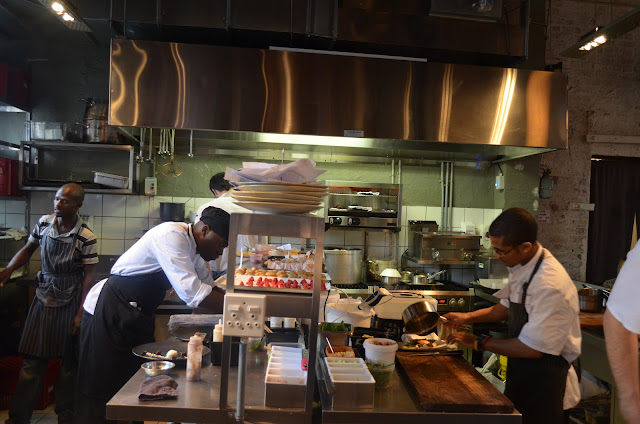 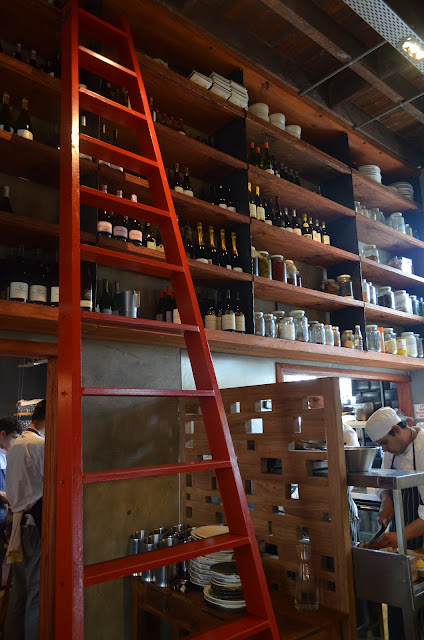 I was pleasantly surprised to see that the menu was reasonably priced. I definitely didn’t expect this from one of the best restaurants in the world. Starters were R65-R85, mains were R95-R140 and desserts were R55-R75. 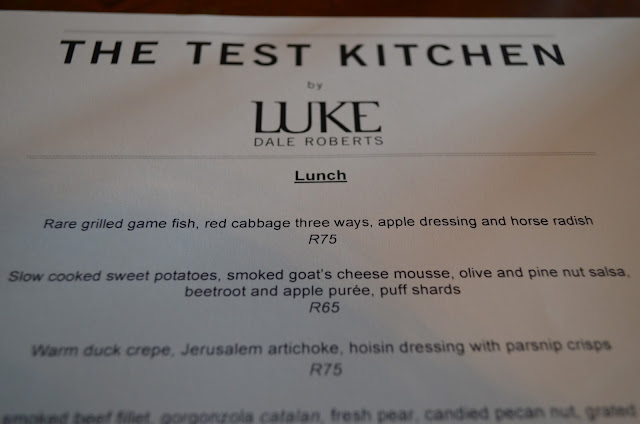 I know I am not the only one who has no idea what some of this stuff is. Almond galette, Patagonian squid, hoisin dressing?! Don’t let this intimidate you. You don’t need to understand what all these terms mean to appreciate good food. You have taste buds, and that’s all that matters! We both loved all 3 courses we tried- truly an explosion of flavours. I could see that there was alot of thought put into each dish. I would never have thought that some of the ingredients used together would mix well- olive oil ice cream?! But it just worked. The dishes were extremely visually appealing and had flavour to match.

After that, we headed back to the hotel for some pampering 🙂 En route to the spa, I spotted the daily afternoon high tea spread set up at OO’s Vista bar. At R145 pp, I think this is great value- had I not been so stuffed from lunch, I would definitely have sampled some of the goodies. 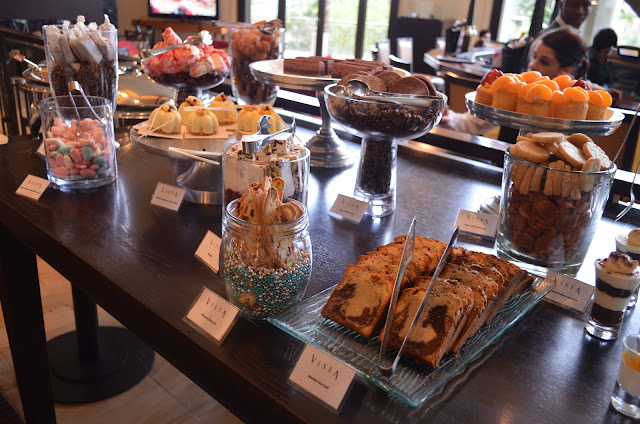 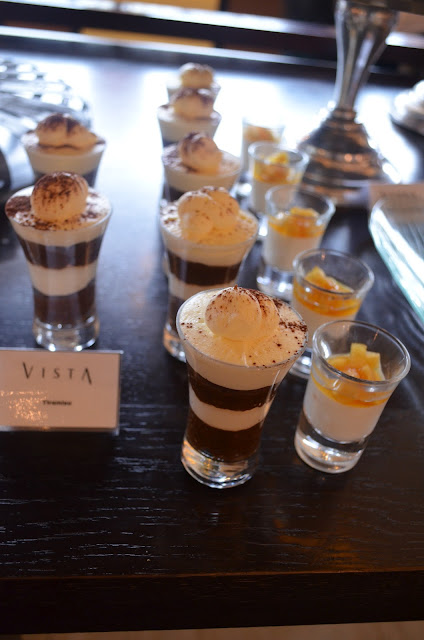 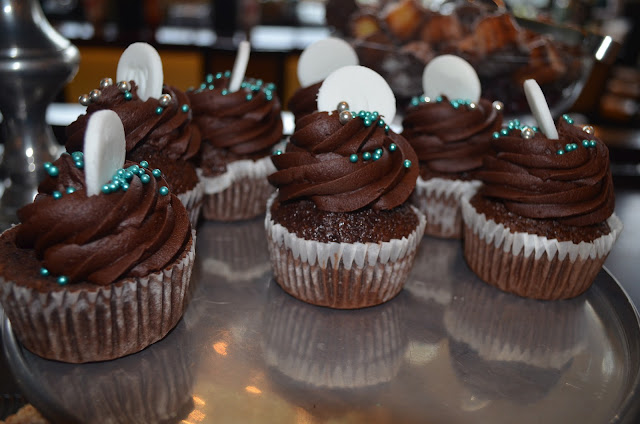 I crossed a bridge to an “island”, where the spa is situated. The OO spa is beautifully designed, and offers complimentary facilities like the sauna, steam room and vitality pool with your treatment.
I had a Bastien Gonzalez manicure and pedicure. Now, this is no normal mani/pedi. No, not at all. Mr. Gonzalez is a French Podiatrist who has designed exclusive treatments for feet, nails and hands. He prides himself on achieving the optimal mani/pedi through the fusion of wellbeing and beauty.
The therapists are specially trained to perform the treatments, and after a look at the “equipment”, I felt like I was at the dentist! 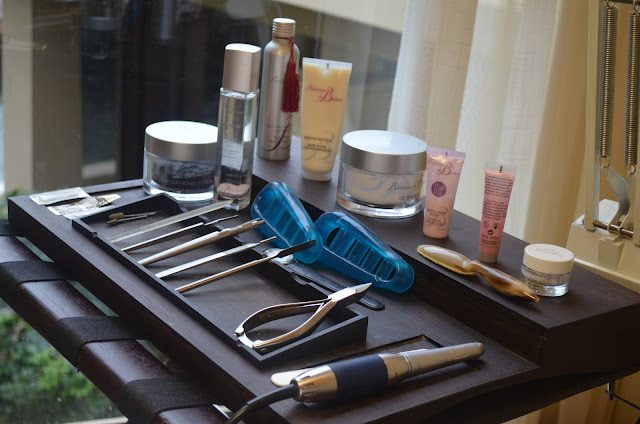 There is an actual drill with different fittings that are used to file away at the dead skin around your cuticles, as well as to smooth your feet. All the products have also been designed by Bastien, and their benefits are far reaching.
I am so used to choosing a paint colour for my mani/pedis, I even came prepared with my flip flops in tow. However, the Bastien approach is not to cover your nails with artificial paint, but rather to enhance your natural nails by buffing and shining. My nails were left with a stunning glow, and NO polish was applied! 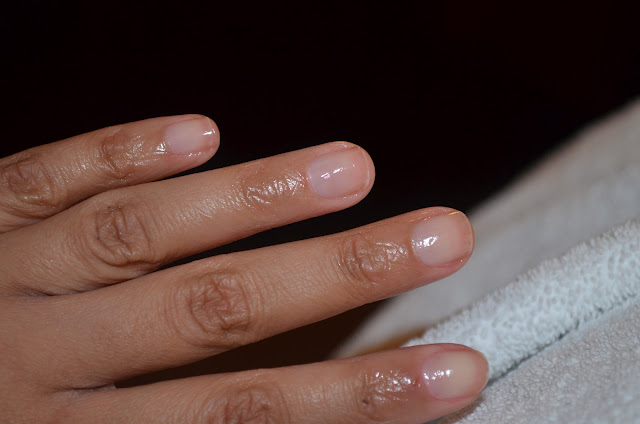 You only need to go for a mani/pedi once every 8 weeks, and the results you see are immediate. I usually apply cuticle oil on my nails everyday, but haven’t needed to since I had the treatments. My cuticles are moisturized and soft. Unfortunately, there’s no Bastien Gonzalez studio in Jozi.. but the therapists whispered to me that they’ve raised the idea to the big boss, so watch this space 🙂
We spent the afternoon watching the Olympics, and then headed down to Reuben’s for dinner. I’ve been to Reuben’s in Franschoek before, and loooved it. I was surprised to see that Reuben’s menu at OO is a lot more “mainstream” than what I was expecting, offering pizza and pasta, among some of his other specialities. I had to remind myself that OO is a family resort, and therefore it should have a restaurant on site that doesn’t limit itself to fine dining and offers something for everyone, including kids. Having said that, I was a tad disappointed with the food… not that it was bad at all, but it wasn’t amazing either.. 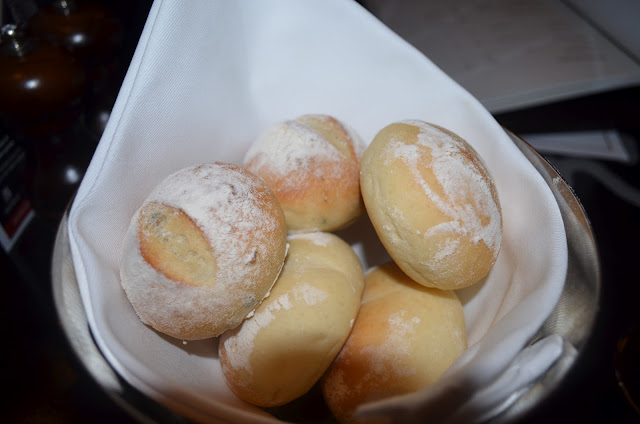 The desserts were absolutely mindblowing….

And that brings us to the end of another stunning day in the Mother City 🙂
Tomorrow, I’ll be writing about the gorgeous Majeka House in Stellenbosch, as well as lunch at Terroir.
xx
H
Share on FacebookShare on Twitter