I was so excited to be invited on a trip to Mauritius, hosted by the Mauritius Tourism Promotion Authority (MTPA). The aim of the trip was to promote their annual Creole festival, which is a culmination of food, music and fun.

I had a completely different trip to what I experienced when I last went in January. I realised that you can make Mauritius whatever you want to be, depending on where you stay and the activities you do. Last time, we stayed at Sugar Beach and spent most of our time relaxing and enjoying the resort. This time, the itinerary was focused around cultural activities and we did alot of touring.

It was my first time flying Air Mauritius and I loved the airline. We had our own tv sets (usually unheard of on a 4 hour flight) and the food was the best food I had on the entire trip. We saw a beautiful sunset from the plane.. look! 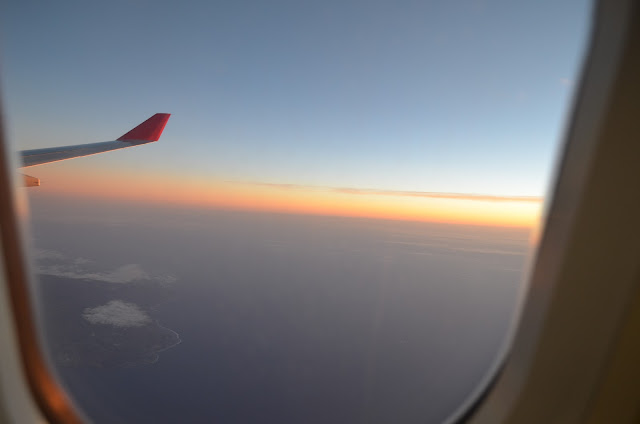 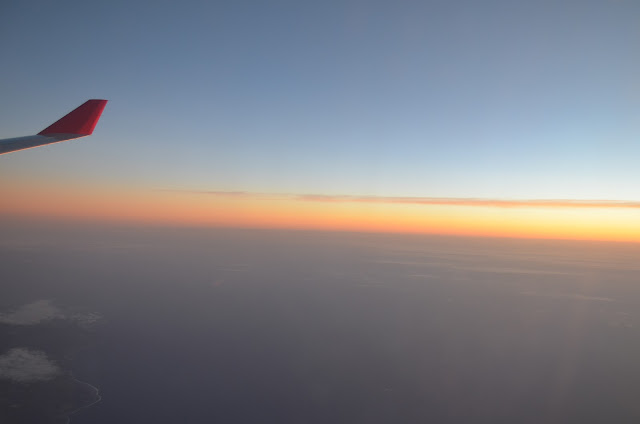 Our accommodation had been booked at the 5 star Intercontinental Hotel. Beautiful hotel and great rooms, but the food was disappointing and the beach was more of a lagoon rather than a long stretch of beach that one can walk along. 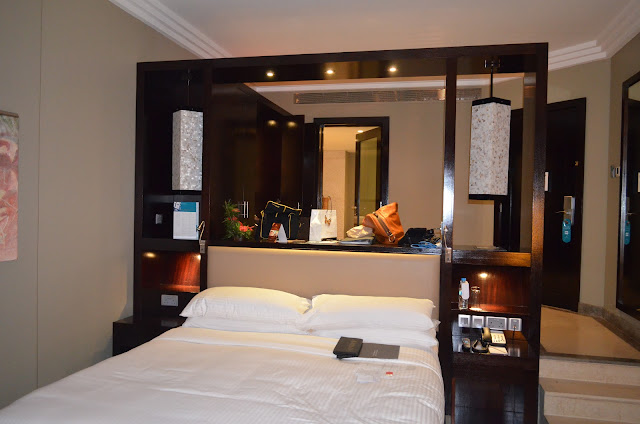 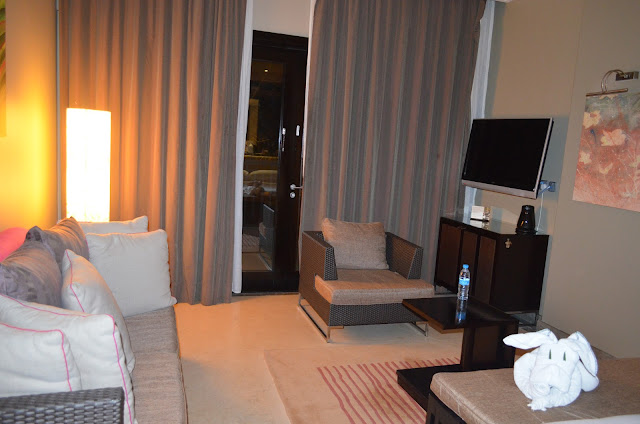 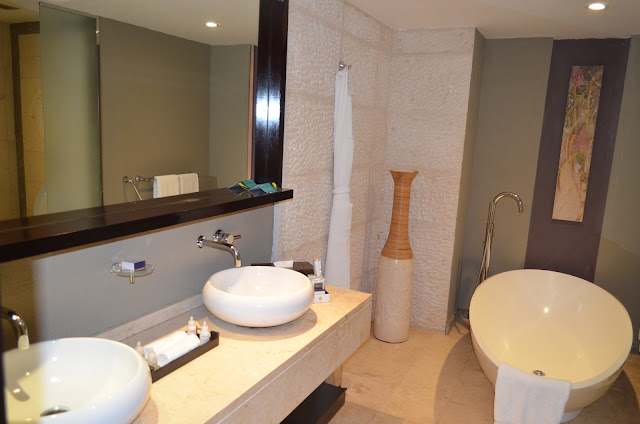 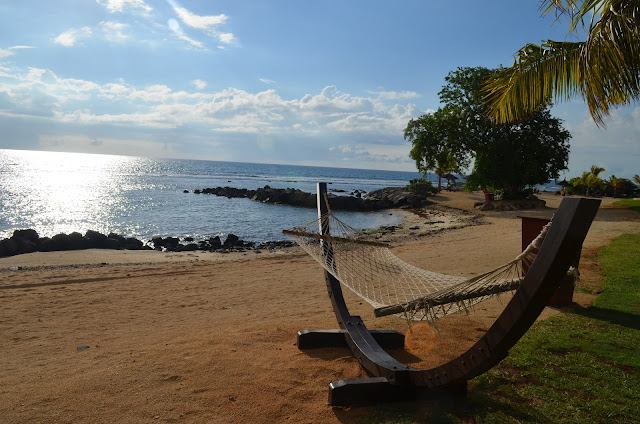 I spent most of my free time on the beach tanning and reading. Mauritius is so incredibly beautiful that you don’t need to really occupy yourself doing many activities. Just being on the beach is absolute bliss. 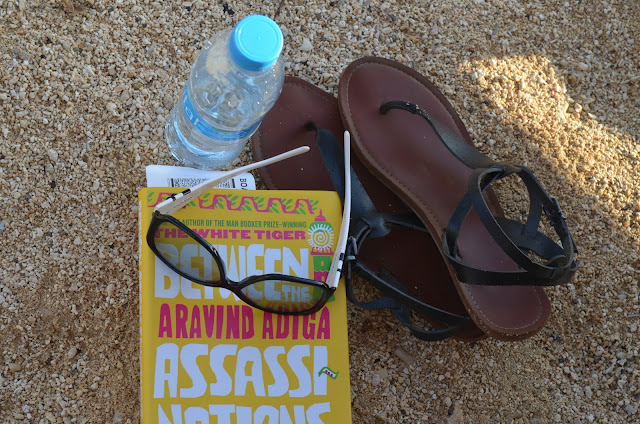 The best part of the trip was getting to meet other journalists from around the world. I bonded quickly with a few of them and we had loads of laughs together. It’s also cool that I’ll now have buddies to hang out with at future event launches in Jozi.

The MTPA had planned a host of activities for us. Now.. I’m always completely honest with you guys and I’m not going to beat around the bush here. Go to Mauritius to be on the beach, not to tour all the historic sites. We spent alot of time in a minibus driving from one end of the island to another… to see museums and tourist landmarks that well, weren’t very interesting.
Our first stop was a sugar factory where we learnt how sugar was made from start to finish. We then tasted different types of sugar and a bit of rum! 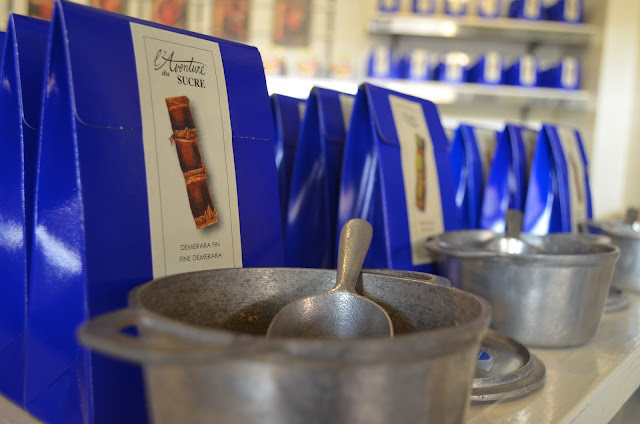 Next we went to a historic house where we did a tour of the house and the gardens surrounding it. Our tour guide was the great granddaughter of the guy who used to live there- you can imagine how long the tour was! We finished the tour with a super yummy lunch. 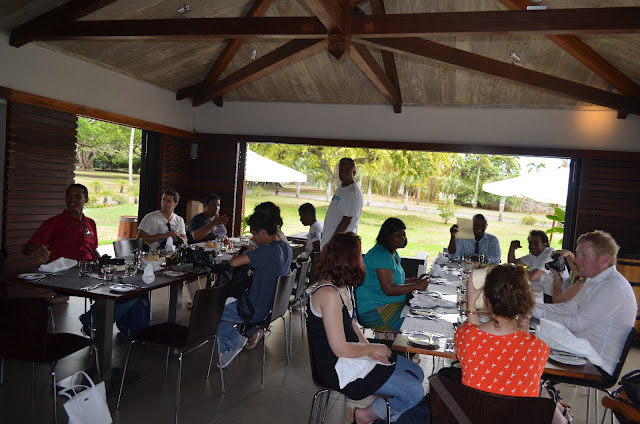 We relaxed for a while, and then went to a “sega” on the beach- which is like a beach party with local performers and a bonfire. Fun, but not worth the 1.5 hr drive. 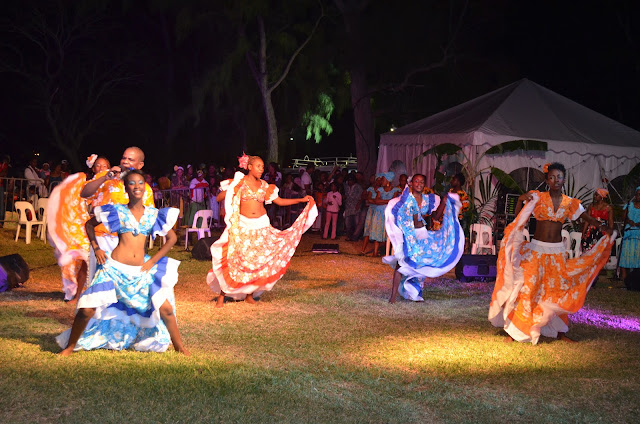 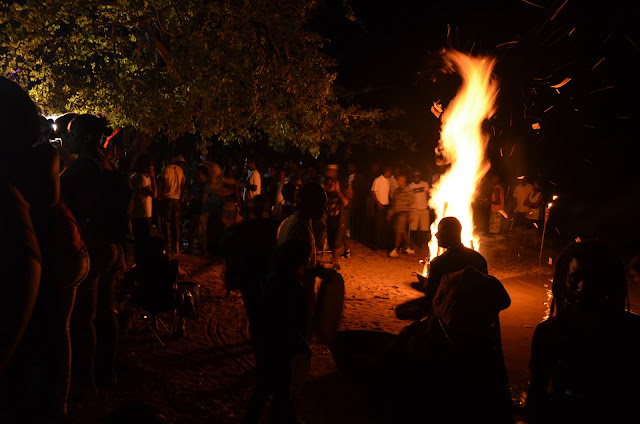 The next day was spent chilling at the hotel. We also went into Port Louis (city centre) and explored the market. I didn’t want to lug my camera around so unfortunately don’t have photos of that. I was really looking forward to Sunday, as we had a culinary festival on the itinerary. After (another!) 1.5 hr drive, we arrived to what appeared to be more a street food flea market. There was also a regatta alongside, which is like a colourful boat show. 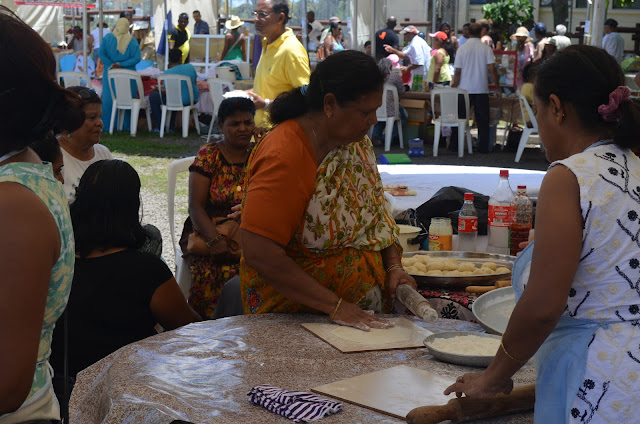 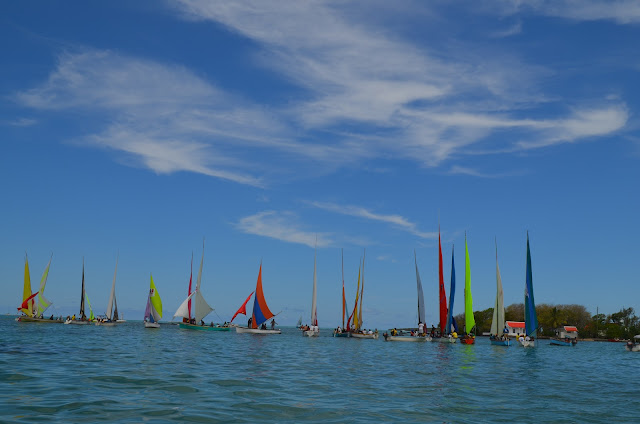 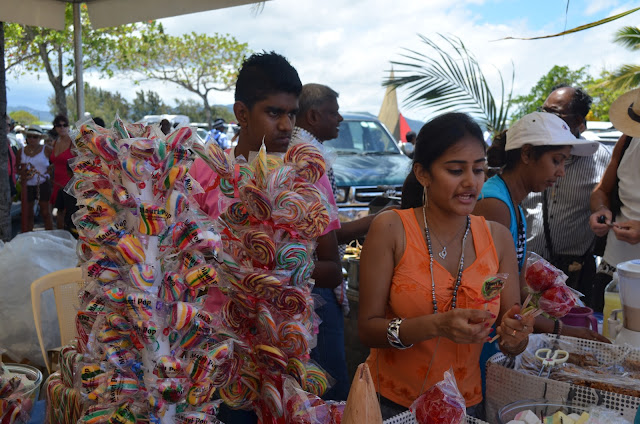 We didn’t buy any of the food from the festival because none of it appeared to be traditional Mauritian food. We did get to go around the island on a speedboat which was unbelievably picturesque. The water was so clear, so much so that a few of us could not resist the temptation and jumped into the water fully clothed! It was fun at the time, but we didn’t enjoy being clammy and wet for the rest of the day 🙂

We went to another concert that night with thousands of locals. MTPA had organised VIP passes for us so we were right at the front- it was awesome!

Our last day was spent swimming with the dolphins in the morning. Again, I didn’t take my camera (sad face), but take my word for it- it was amazing. We got to see wild dolphins all around us, and the stronger swimmers in the group (me excluded!) actually swam WITH them. I had mixed feelings about the experience. While I loved seeing them, I felt bad that they were being stalked by boats and swimmers. They kept trying to swim and get away, but were repeatedly cornered. Guess it beats an aquarium, and apparently they only take boats out in the morning ‘cos in the afternoon they swim further out to sea. I felt comforted after hearing that.

The Intercontinental has 4 restaurants, none of which impressed me (I have high standards, ok!) They were all set up very well, but the food was disappointing. The views from the hotel at night were stunning though. 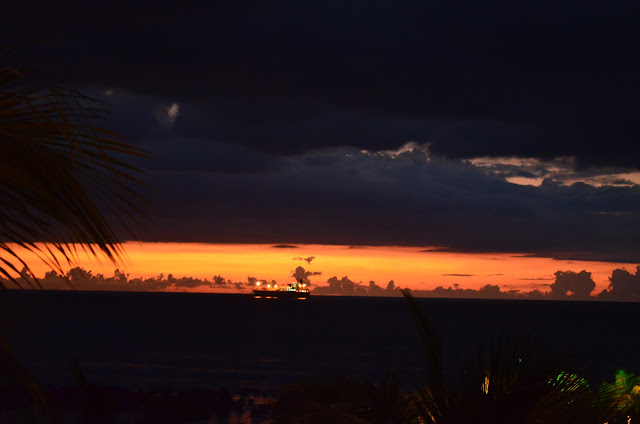 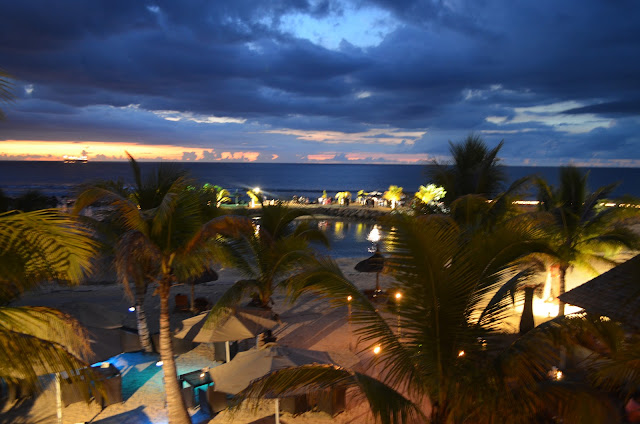 It appears that the hotel is a wedding factory of sorts. We saw people getting married on the beach everyday! Everyone gets so dressed up in Mauritius, even more so than in SA. So pretty. 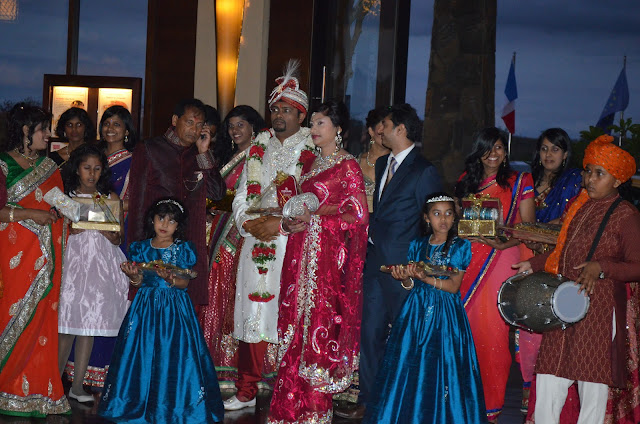 I really wanted to visit the Pamplemousses Gardens to see giant water lilies and tortoises and I managed to squeeze in a visit there on the last day. It was so peaceful and I loved the uniqueness of it. 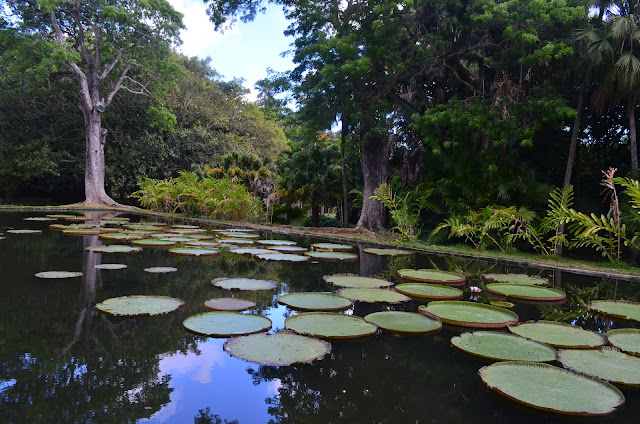 And that was the end of the trip! I saw a side of Mauritius that I didn’t even know existed. It was great to experience more of the island, but my personal preference is to vegetate on the beach and not tour:) Yours may be different though, so at least now we know that there is something in Mauritius for everyone!

I know this sounds cliche’d, but I made some good friends, not just acquaintances- and I’m sure our paths will cross again! 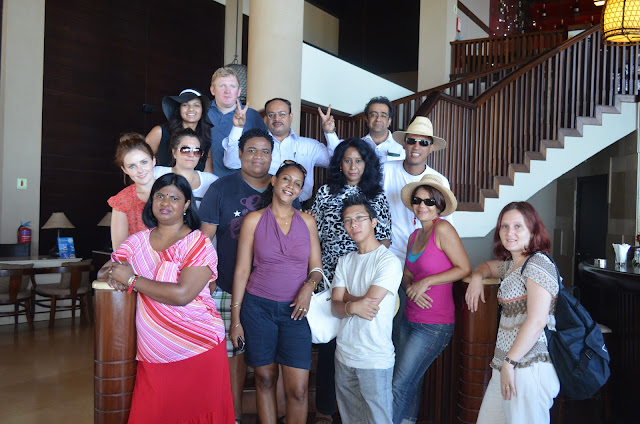 Are you keen to visit Mauritius? Where do I even start- there are a gazillion travel options and it is so affordable for South Africans. I would strongly advise researching your hotel in detail first on Trip Advisor, because that’s where you’ll most likely be spending most of your time.
I’ve said this before- Mauritius is one of the best value for money holidays a South African can get. If you get your choice of resort right, you can have the BEST time.

Emirates is on sale… The Griffin: food, beer and a view- what more could you want?