On Saturday, I organised a bachelorette party for one of my oldest, closest and dearest friends. Pratika and I have been BFF’s since we were 14 or 15, and we have been through everything together. Break ups, make ups, high school drama and everything in between. At one point we were actually banned from being friends because we got up to so much mischief (read: got drunk) together! Despite spending 4 years apart (she studied at Rhodes while I was at Wits), we continued to spend our holidays together in PE partying it up. I was thrilled that we both ended up working in JHB- now we don’t party as much, instead we go on girls’ night out movie dates, high teas and the occasional dinner with our other halves. We still tend to get wild now and again- you can take the girl out of PE but you can’t take PE out of the girl– haha!

We confirmed the date for the bachelorette about 8 months ago so it had been in the back of my mind for a while. I decided that I wanted the theme to be “leather and lace”. This is what I came up with for her outfit:

We started off with a mani and martini party at Soho, which I blogged about yesterday. 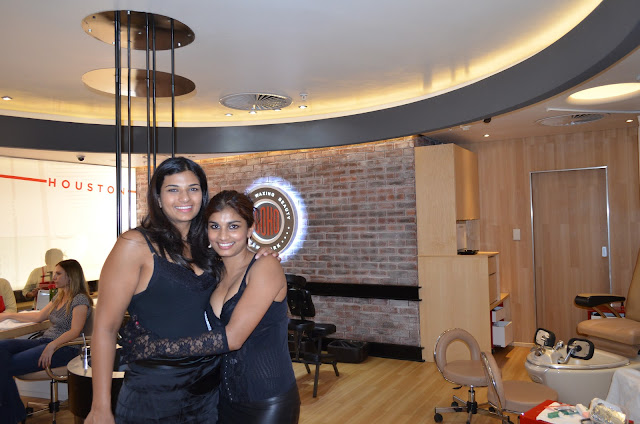 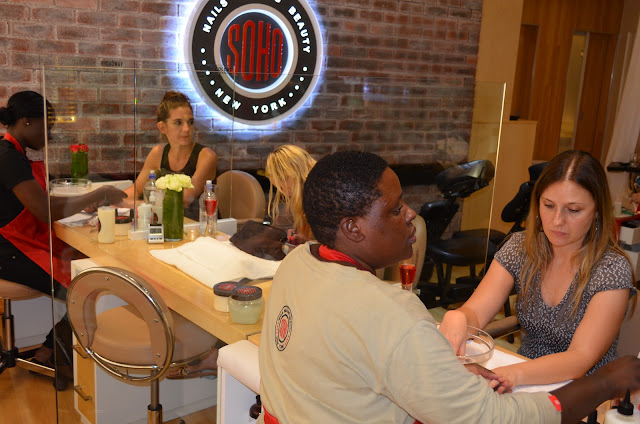 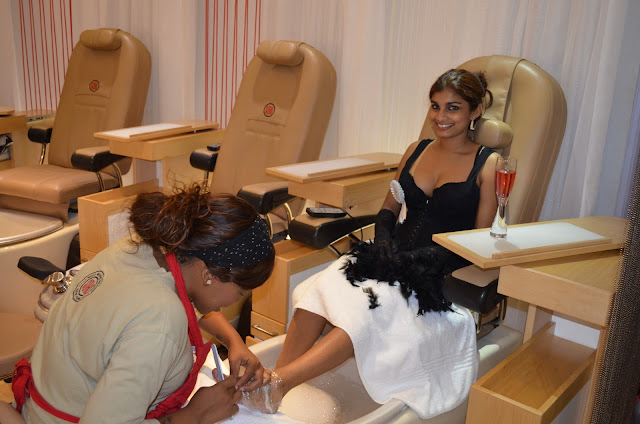 We then moved on to La Passant on Maude Street in Sandton. I first discovered this restaurant when I bought a Groupon to eat there. They have a really slick upstairs private area which they don’t charge venue hire for. The food is good and reasonably priced and they were pretty much open to letting me do whatever I wanted with the venue so I immediately decided that it was a good choice to host the shower.

I have to commend the manager, Papi, on the excellent service I received. I’m a bit OCD so sent him a detailed itinerary beforehand. When I arrived on the afternoon of the shower to check if everything was okay, HE actually had it printed out and was ready to discuss it with me. He was also really accommodating and was willing to do whatever it took to make the shower a success. He even told me we could sleep in the venue overnight if we needed to!

I hired 2 barebutt waiters from Pulse Entertainment. They were both super hot and professional. Since this is a family website, I won’t be posting any of those pics 🙂 These guys also do strip dance routines that are excellent, think Magic Mike 🙂 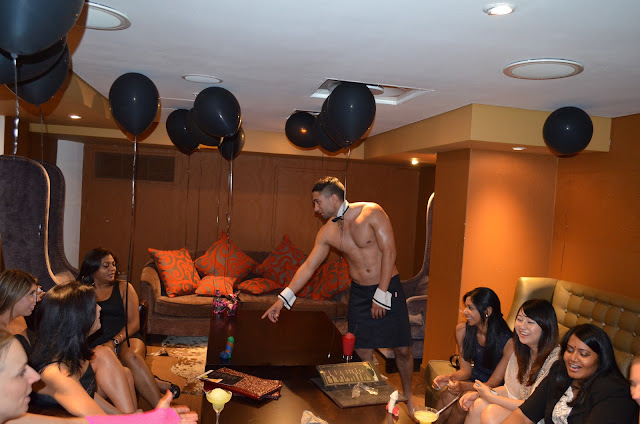 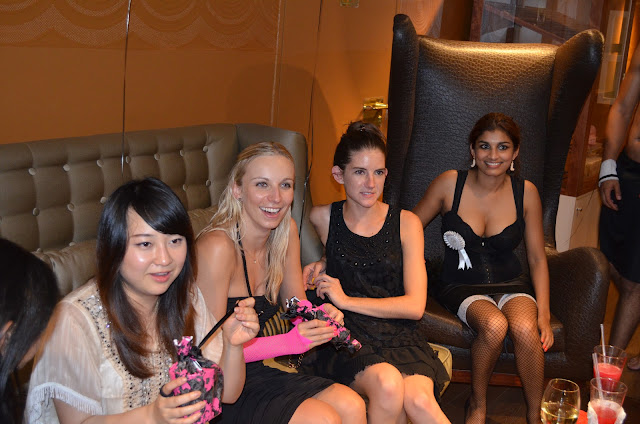 For the games, the girls had to mould a penis out of playdough. Some were better than others… 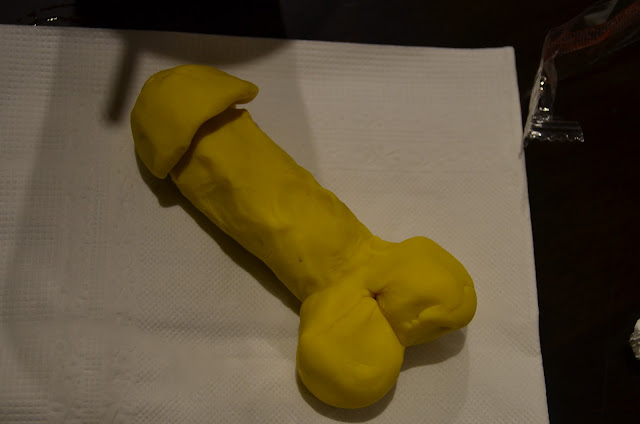 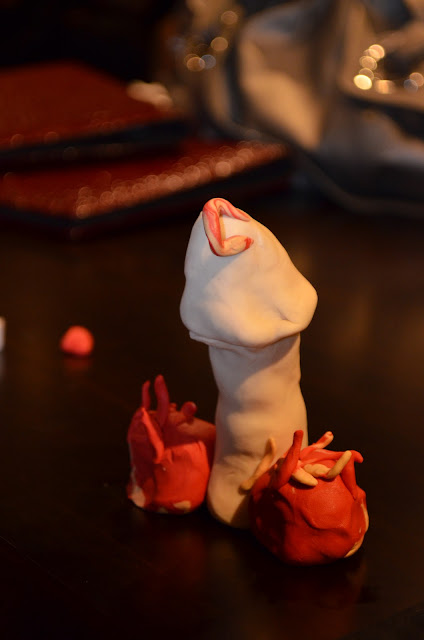 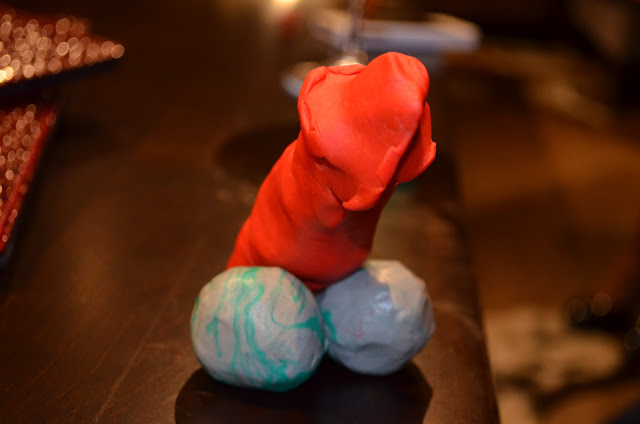 So funny! In keeping with the theme, this was the cake I ordered) Ashika does cakes part time and can do pretty much anything! Drop me a note if you want her deets 🙂 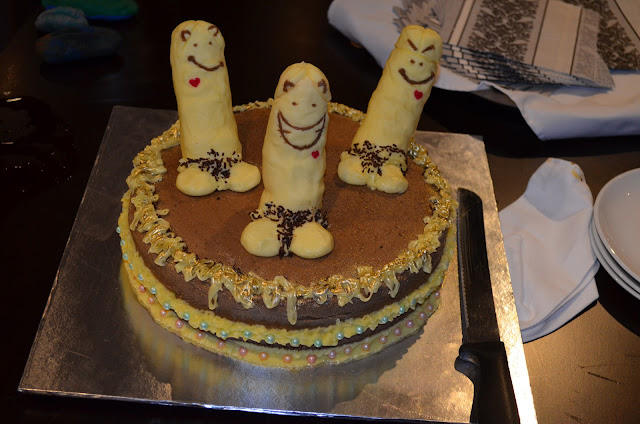 After the party, we headed to Teaze-hers in Rivonia. It was SUCH a disappointment. We paid R150 each to get in, and the place was packed with ladies- no guys in sight. After chatting for about 30 minutes, eventually this guy came up and did a pole dance routine with some fire.. nothing amazing. We were let down and went down to Teazers which was equally sad- listless women dancing and looking like they hated every minute of it. Nevertheless, it was something to tick off the list. We left quickly and went to Movida to dance the night away.

It was a great night and I’m so glad everything went according to plan. 2 weeks until Rishav and I fly to PE for the wedding, I’m MC’ing it so need to get my act together soon!

Long lasting nail colour with Shellac at Soho Nail Salon With the launch of 3SIXTY liquid lounge, we now have a reason to go to Monte…