I hope you all are having a good week so far. I’ve been so busy, both at work and on the writing side.. I’m literally burnt out and drained by the time Wednesday rolls round. Hopefully I’ll try to find some balance soon.

On the plus side, I am THRILLED to tell you guys that Jozilicious is going to be on TV! Eastern Mosaic contacted me and said they wanted to do a feature on me and the blog, so we shoot on Saturday at Neighbourgoods Market. I’ll be sure to share all the behind the scenes details on Twitter, so make sure you follow me- @hasmita 🙂

Onto today’s blog post. I’ve been hearing about the Whippet for months. In addition to all the Twitter buzz all the fab new hang out spots emit, I had seen a bit about it on the net too. First, Emma from Emma Jane Nation blogged about it and just after I went, Jozi Foodie Fix also wrote about it.

The Whippet prides itself on being a Linden neighbourhood coffee shop. I found it so ironic that I drove almost 30 minutes on Saturday to go to a “neighbourhood” spot, haha!
It was totally worth it though. I love, love, love the way they’ve set it up. It feels homely and cosy and there are delicious aromas wafting through the store. We went at 1pm and it was packed, so we sat at the (slightly squashed) counter until a table became available. It wasn’t long before we were on the sidewalk enjoying the afternoon breeze. 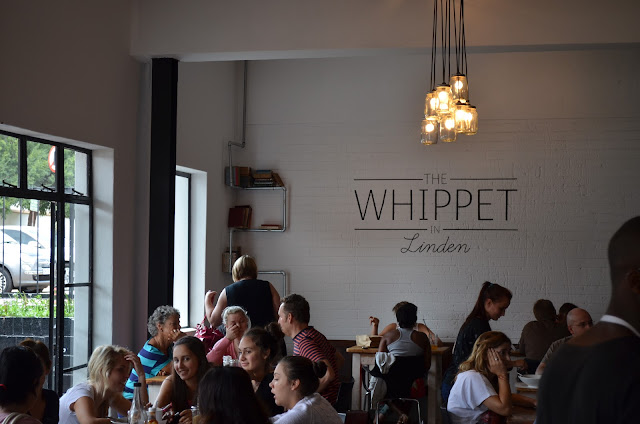 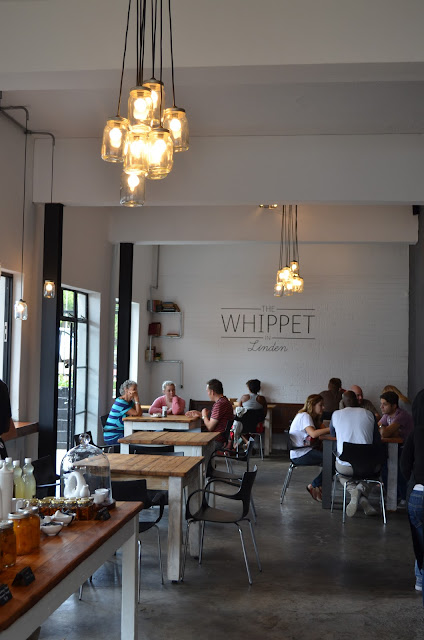 The Whippet also has a variety of homemade fare on sale- they try and support neighbourhood suppliers as far as possible. 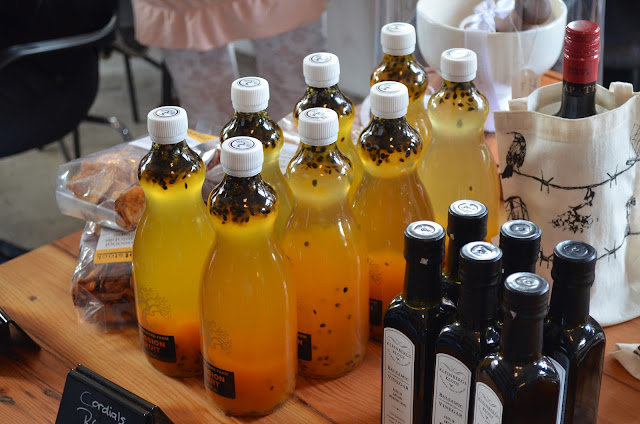 When I got the menu, I was immediately taken aback by how reasonably priced everything was. I started off with the most delicious espresso and peanut butter smoothie (R19), and then ordered a parmesan chicken sandwich on rye (R41) which  I really enjoyed. 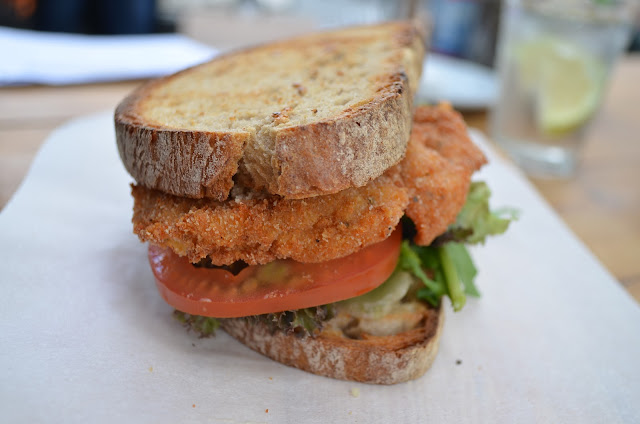 My friends always love joining me on all the “perks” that come with blogging and writing foodie stories, and this time I took one of my closest friends from varsity, Pranay. He had a quiche (R31) which came with a salad. He actually ended up ordering a second quiche partly because he was still hungry and partly because the first one was that tasty! I don’t think their quiches are particularly small, I just think a quiche anywhere is more a light meal than a filling lunch. 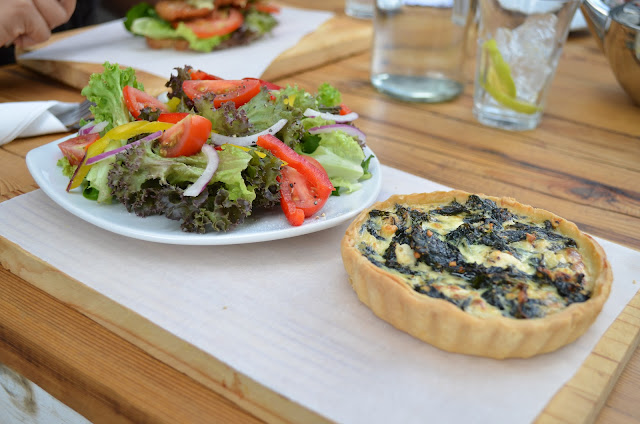 Obviously, I had to have coffee and dessert. The milk tarts were flying off the shelves and the one we managed to share was the very last one. It was so divine- I thought it was like a pannacotta crossed with a milk tart. Creamy and smooth in texture. At R29, also very good value. The coffee was great too. 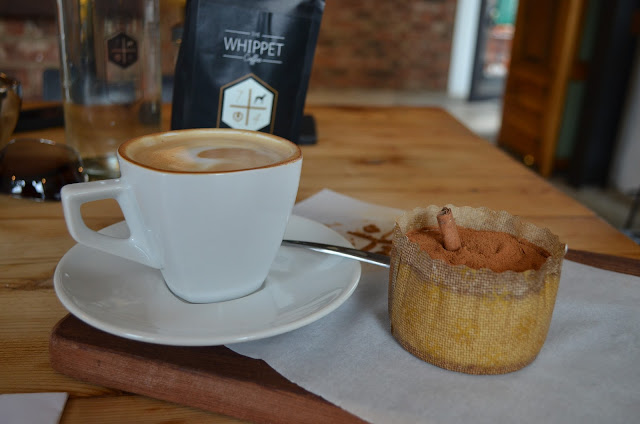 I think the Whippet is great and would definitely recommend you try it. The only bummer is that they don’t take reservations so you may end up waiting a while for a table, especially since their popularity appears to be growing.
They’re only open for breakfast and lunch Mon- Sat at the moment, but they do open for dinner on Fridays.

They also do “love coffee” evenings, where the aim is to teach people about coffee. The next one is actually in a week’s time, on 14 March. Go here to read more about it.