This is the first time I’ve written a post in a long time where I haven’t been in a rush/ exhausted/ stressed. The reason for that is that I’m not on deadline for the Sunday Independent this week (I’ve got a double page in tomorrow’s issue), and I’m home in PE spending time with my folks, doing absolutely nothing (as is usually the case in PE- no idea how people live here.) It’s definitely not my favourite place to be and to be quite honest I used to avoid it at all costs and have my parents fly up to JHB instead. Now my dad has been diagnosed with lung cancer and him and my mom need support, so I am trying to make more frequent trips down to the windy city.

I keep thinking back to last weekend and how awesome it was. I am incredibly grateful and still quite incredulous at the fact that I get the chance to go on amazing media trips, and I am able to select the ones I want to go on. I only get 25 days of leave a year, so I need to use them wisely. I’m very picky about how my leave gets spent and the trips I choose to go on.

One day I was having lunch with Michelle, the PR sweetheart who sent me to Constance Seychelles, (the first blog post I wrote about that trip STILL gets hundreds of hits every day and is by far the most popular post on this blog to date) and she was telling me about the other properties she does PR for. She specifically told me about Camp Jabulani, a private luxury safari lodge in Kapama Game Reserve, Hoedspruit, and the incredible story of how they saved a herd of elephants from being killed in Zimbabwe by taking them in. She told me that the food is to die for, the villas are completely luxurious and they do elephant back safaris. After that, I was sold!

Camp Jabulani is situated in Hoedspruit- close to the Kruger Park, and you can fly there directly from OR Tambo with SA Express. Just before I was going to book my flights, Sandown Motors asked me if I wanted to test drive their new C180 Coupe. I totally hate driving and would choose flying over driving any day, but because I had the opportunity to use the car, we decided to go on a road trip.

Oh my gosh, what a beaut of a car! I’ve never been a car person.. I drive a BMW 1 series which was my dream car since it came out. Once I got it about 2 years ago, I stopped caring about it- which you can tell from the dents on all 4 sides of it. I had absolutely no desire to buy another car- ever, especially not a Merc. I always thought Mercs were for old people.

Then I drove the C180 and I loved it. It’s automatic, firstly, so there’s no more gear changing, which makes such a difference when you’re in traffic. It looks really sporty and sexy and not “old person like” at all. Then, it has all these nifty extra features, like for example, the radio automatically tunes itself as you are driving and instead of going all fuzzy, it autotunes to the station with the best coverage wherever you are. It’s also incredibly fuel efficient- we drove to Hoedspruit (5.5 hours) and back on just over a tank of petrol. R800 for petrol + another R100 for toll fees certainly beats the R5k it would have cost us on flights. It was honestly such an easy drive, in a car like this I wouldn’t mind driving to Cape Town! So now I’m lusting after a new car and have been checking out the new A Class Merc, which is launching in April. Pricing looks reasonable- so watch this space. 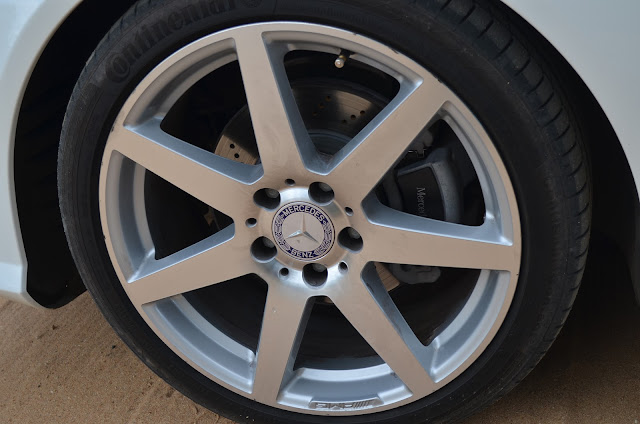 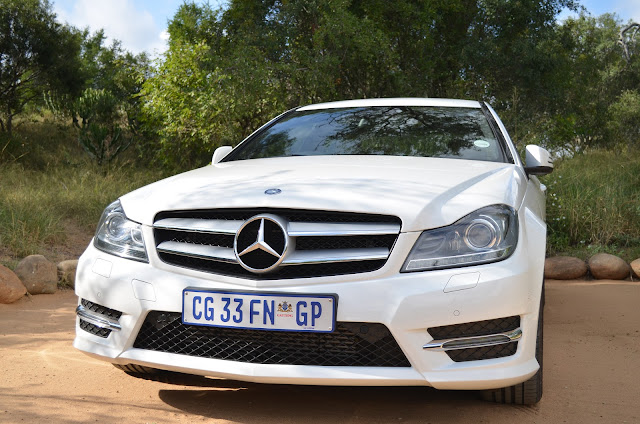 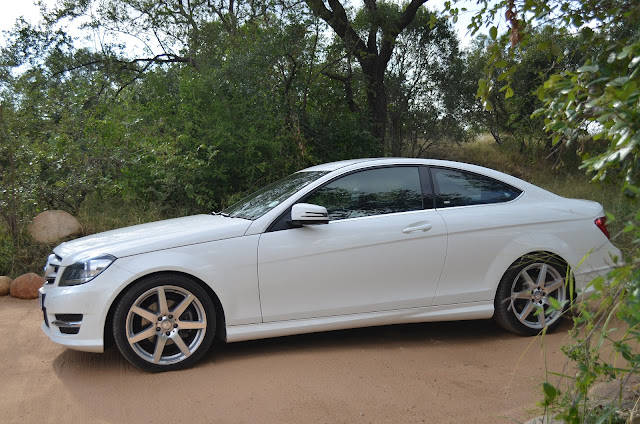 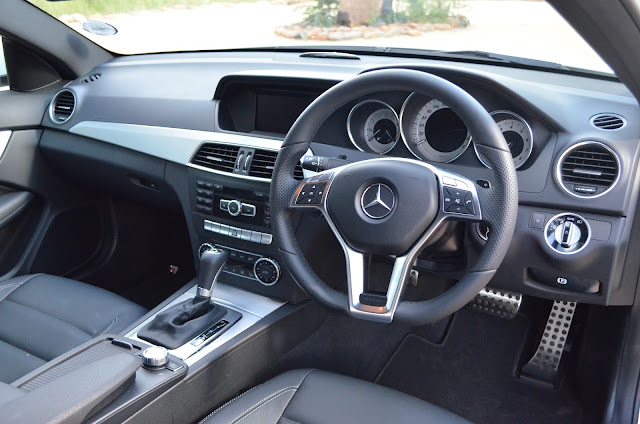 Because of roadworks, and a pancake stop at Harrie’s in Dullstroom, we only ended up arriving at Camp Jabulani at around 5pm. We met our ranger at the Kapama gate, and then followed him through the game reserve to the lodge. We actually saw 2 rhino on the way in but the camera was in the boot, and then we never saw them again. Such gorgeous animals- it makes me sick to think about them being so brutally killed for their horns, which people in China and the Far East believe contain medicinal properties, but they’re just made of keratin (same thing our hair and nails are made of).

Upon arrival at Camp Jabulani, we were given cold, refreshing towels, and I was reminded of our stay at Royal Chundu in Zambia, another Relais and Chateaux property- clearly they all stick to the same standard! We then took a walk across a gorgeous bridge to our villa and settled in. There are only 6 villas (plus a family villa) on the property so it is super exclusive- once in your villa you can’t hear/see anyone else. 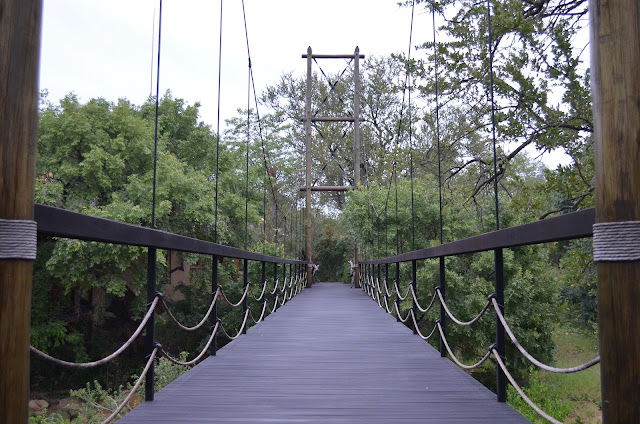 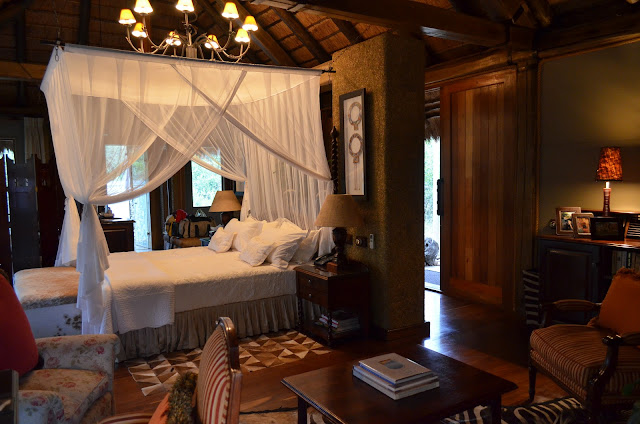 I love the whole set up of the place. Camp Jabulani manages to achieve luxury and class while still being homely and comforting. Alot of luxurious hotels are aloof and intimidating, but CJ has just gotten it right in that respect. All the staff were welcoming and made us feel like royalty. I also love how they’ve integrated the villas into the surrounding environment- there are natural elements everwhere, but no expense is spared in terms of luxury- there was a FULLY stocked bookshelf in our room, with books to appeal to everyone’s taste, as well as L’Occitane toiletries which got replenished daily.

The only complaint I had about the entire stay was that our bed was 2 single beds pushed together, but made up as single beds- so I couldn’t even sneak over to Rishav’s side for a morning cuddle 🙁 I did ask them to change it and by the second night it had been sorted out.

After settling into our room, we went to join the other guests who had just finished their elephant back safari (I’ll tell you all about that in my next post) for sundowners. You all know by now that I don’t like roughing it.. my idea of a holiday is being pampered, not having to struggle in a tent with no water/ electricity and sit round a campfire grilling marshmallows- I’m a snob, I know. I squealed with excitement when I saw the sundowner setup- how gorgeous!? 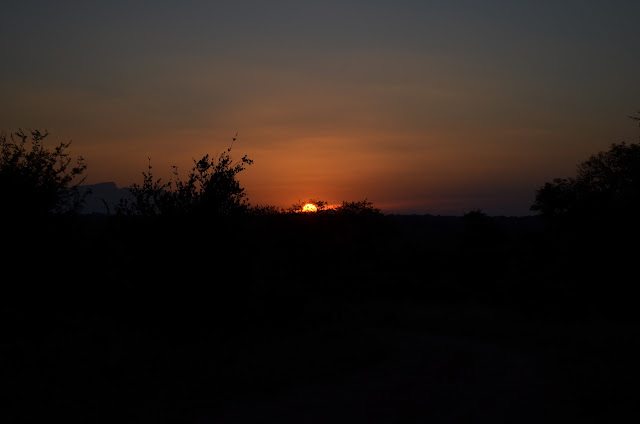 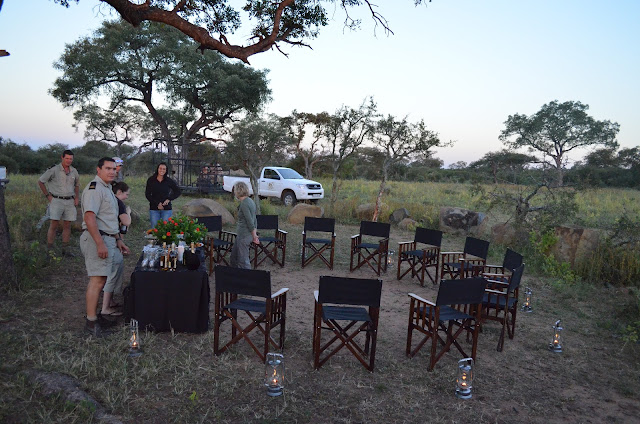 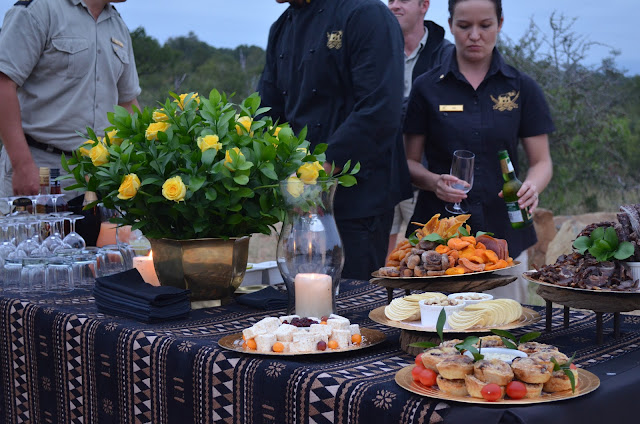 After the sundowners, we took a detour back to the lodge, hoping to see some game. Apparently there had been a lion kill close by, but it was really dark and we couldn’t navigate to the exact spot the other ranger had seen the kill. Pity there are no GPS coordinates in the bush 😉 Driving through the reserve at night was so different to the afternoon- it’s such an eerie feeling to know that there are thousands of animals around, that you can’t see. It’s also very calming and serene.. all your city life problems seem a million miles away.

As if we hadn’t eaten enough after all of that yumminess at sunset, when we got back to the lodge it was time for dinner. ALL the reviews I read on Trip Advisor talked to the food at CJ and how good it was, so I was really looking forward to it. Dinner was served in the main lodge area, in a dining room that also had a really homely feel to it. 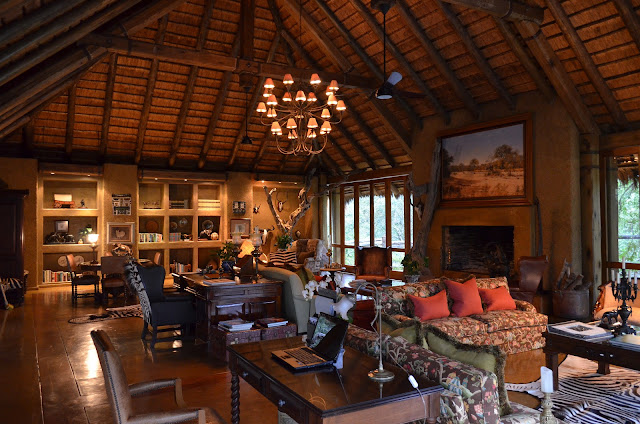 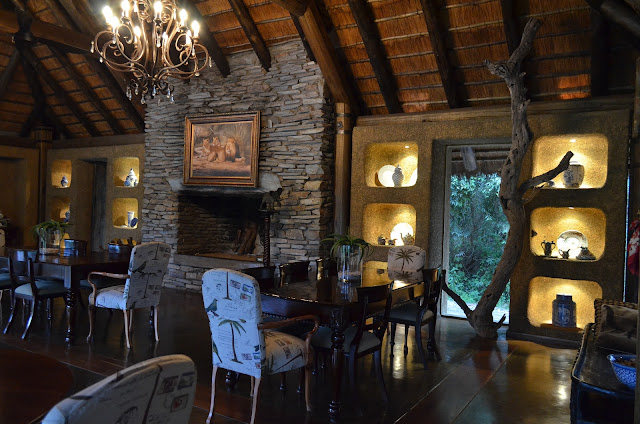 We met the chef and were told that there was a set menu. I was a bit worried because I am such a fusspot when it comes to food. I don’t eat red meat and I only eat chicken breast. Then I don’t eat soup at all and I only like certain veggies. He first asked me my dietary requirements, and then told us what we’d be eating, and then asked if there was anything I didn’t like. The one night there was a prawn bisque and I told him I didn’t really like that, so he made me a plate of tempura prawns instead. Also, I forgot to mention that meals can be served at any time you want- you can have dinner at 10pm if you like.

During dinner, our game ranger came to chat to us about plans for the next day. We were going to the Hoedspruit Endangered Species Centre to see cheetahs, wild dogs and more. Stay tuned to Jozilicious for my next blog post which will feature that, and some of our game sightings, as well as the AMAZING elephant back safaris we did.
For more info, visit Camp Jabulani’s website here. Before you have a heart attack at the rate, please drop them a mail if you are interested in going. They have specials on at times, and they have rates that aren’t all inclusive which are cheaper.
Happy Easter! PS: In the spirit of Easter, I’m giving away Lindt bunnies at random on my Facebook page. Go on and like it here.
xx
H
Share on FacebookShare on Twitter

Review: Stayover at Hotel Orient and dinner at Mosaic Camp Jabulani- The Elephant Experience (Part 2 of 2)