If you missed the first post I wrote about Camp Jabulani, read here.

I ended my last post with pictures of the dinner we enjoyed. I was soon to find out that our CJ schedule was as follows: wake up, eat, game drive, eat, elephant safari, sundowners, eat, sleep.

I never really look forward to hotel breakfasts ‘cos I can usually predict exactly what is going to be on offer: cereal, muffins, yoghurt, fruit and cheese platter with the usual egg options. When we arrived at breakfast, we were told we could choose food from the buffet table and then we could order ANYTHING WE WANTED for the hot breakfast. Being told that someone will make me anything I want is like a dream come true. Obviously I asked for pancakes, and they were whipped up in a flash. 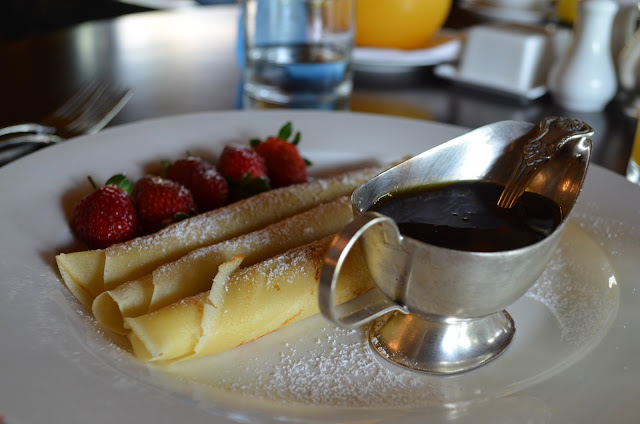 After breakfast, we headed towards the Hoedspruit Endangered Species Centre (HESC). We took a bit of an extended drive there, in the hope that we’d see some game. We ended up getting lucky and had quite a few good sightings- I was so pleased that I had my zoom lens with me. 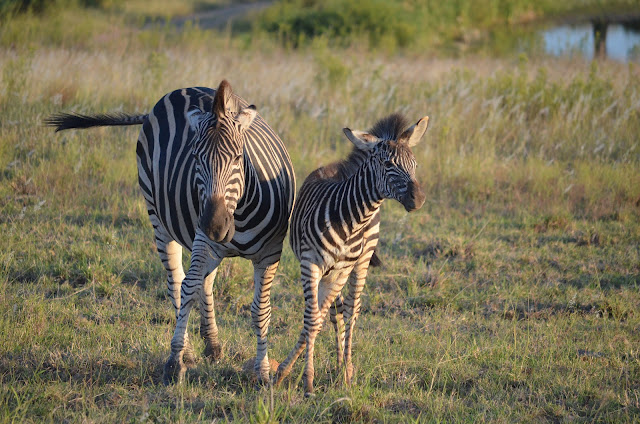 And then, we encountered a bit of a road block… 😉 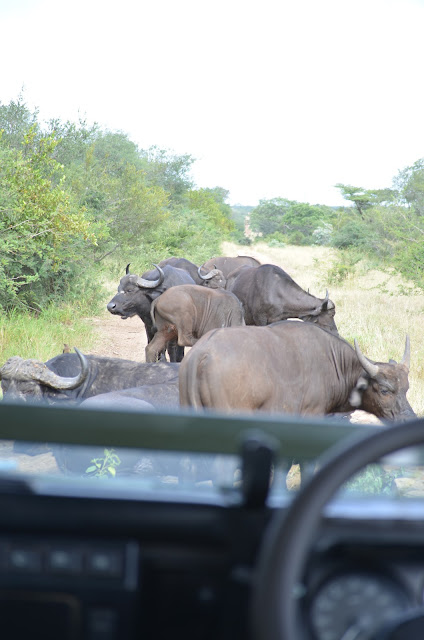 It was actually relatively easy getting them to move. We just inched forward, trying not to disturb them too much, and they slowly moved away. Other than that, we also saw loads more interesting sightings- like these guys.. 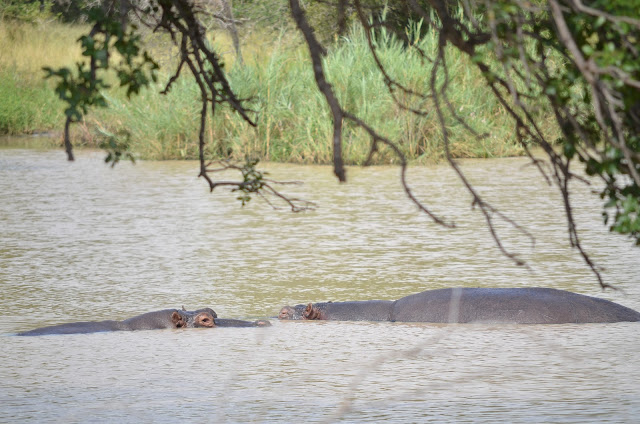 .. and this gorgeous spiderweb… there were  actually so many all around us, I’m still bewildered at the fact that a tiny creature can create that. 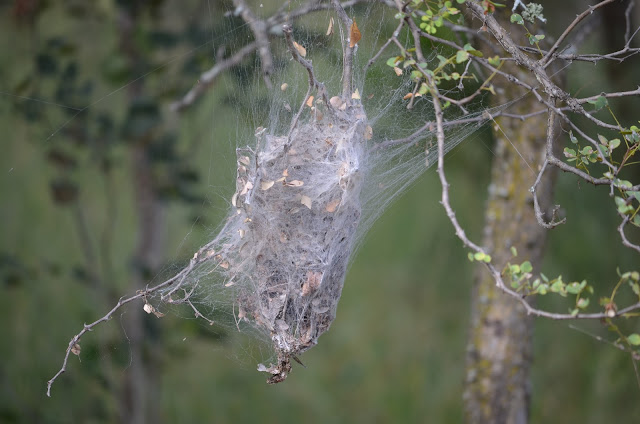 The best sighting of the lot had to be the leopard we saw. Leopards are extremely rare to find, especially in the daytime. We found this guy lying under a tree, having an afternoon snooze. You can tell how well camouflaged he is! 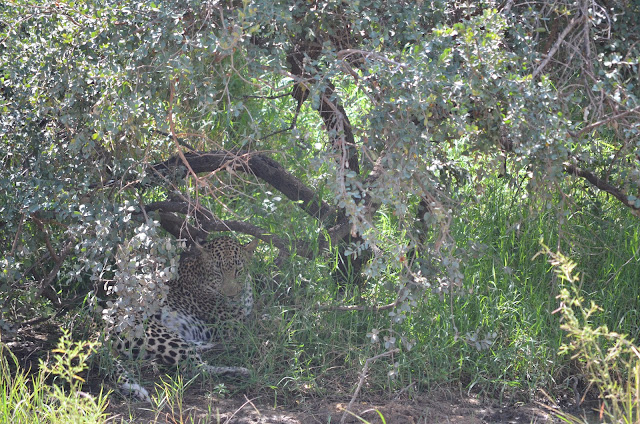 We then arrived at HESC. It was originally meant to be a breeding centre for cheetah, who are at risk of being endangered. Cheetahs were rescued from zoos where they were being treated badly and from hunting farms. They even found 2 cheetahs who were kept as pets in a Jhb apartment! We got to see the cheetahs exercising- it was amazing to see them run so fast. We also got to play with them, one licked my hand- very different to my kitty cats licking me, one lick got my entire hand wet! 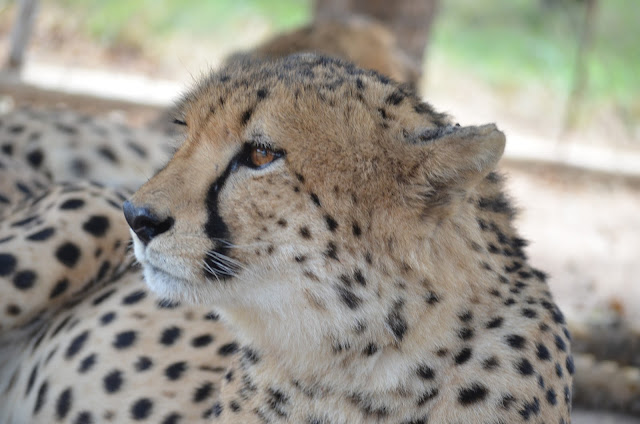 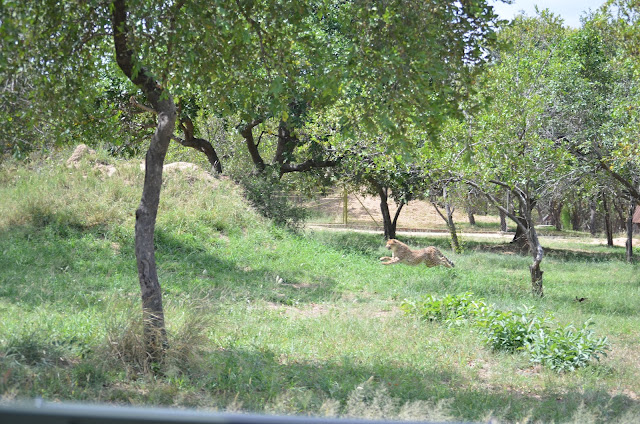 We also saw some wild dogs being fed.. 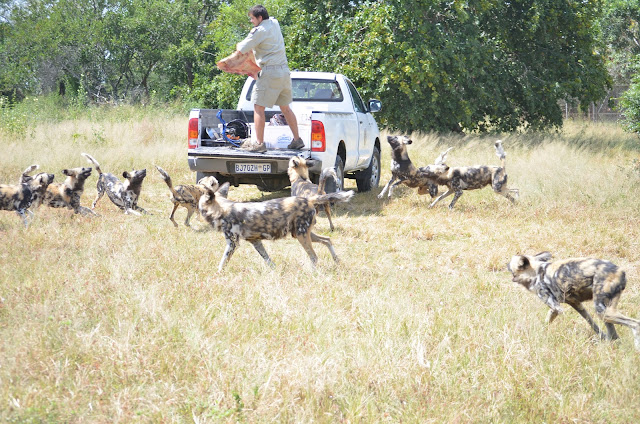 And then we got to see something really special. HESC has a vulture restaurant where they drop off all the meat that the dogs and cheetahs don’t eat.
At first there were a few birds, and then more and more came, till we couldn’t even see the ground anymore. 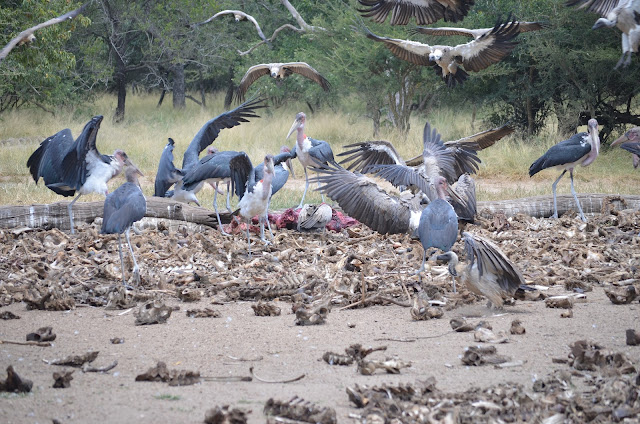 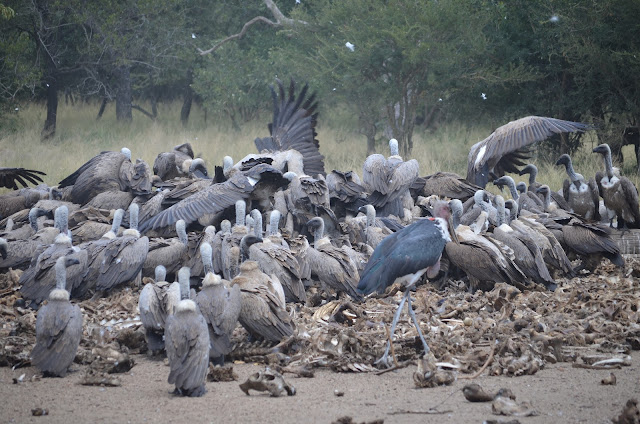 After that, we took a drive to go and see the elephants enjoy their afternoon swim at the dam. It was a bit overcast so they didn’t go into the water- they just gave themselves a mud bath 🙂 I could have sat there for hours, watching them interact with eachother, swish their trunks into the water, scratch themselves on rocks. They’re such calm, intelligent animals- I feel like you see such SOUL when you look into their eyes. 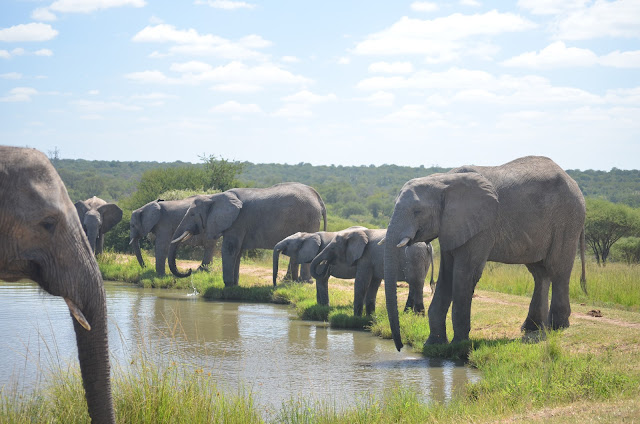 Next, we enjoyed a yummy lunch back at the lodge and then went back to the room to chill. There is free wifi throughout the lodge so I started doing some travel research for our next trip- Paris, Spain and Madrid in June! 🙂

The story of how Camp Jabulani came to be is quite special. They were forced to rescue a lone 3 month old elephant,Jabulani, after his herd rejected him. They raised him until he was 5, and then they had an offer to take in 12 trained elephants from Zimbabwe, where those elephants were under threat of being killed. Jabulani happily joined this herd. Caring for elephants requires trained staff and alot of work, so Camp Jabulani was built, to try and raise money that could be used towards caring for the animals.

We had an opportunity to visit the elephant stables, and I was amazed at how clean the stables were. There is a full team dedicated to cleaning the stables. They start at 7am every morning, cleaning and collecting food for them to eat at night. Elephants have a very weak digestion system, they only digest 30% of what they eat, and they eat around 200kg of food a day! That means, er, 140kg needs to come out… and they poop ALOT. Thankfully they’re free to roam during the day, so it’s just at night that they are at the stables. 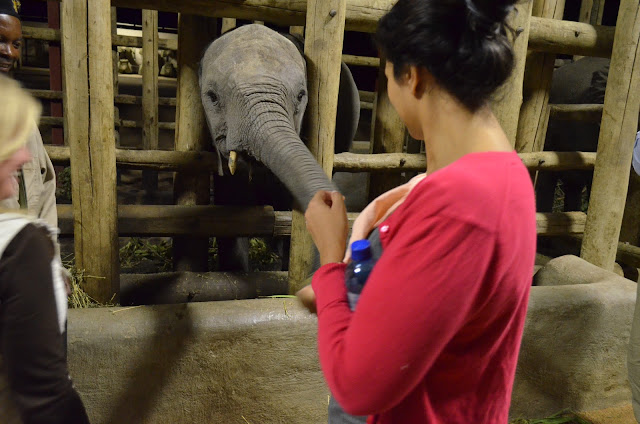 Soon it was time for our elephant safari. I was really looking forward to it. First we got to meet our elephant and take some photos. 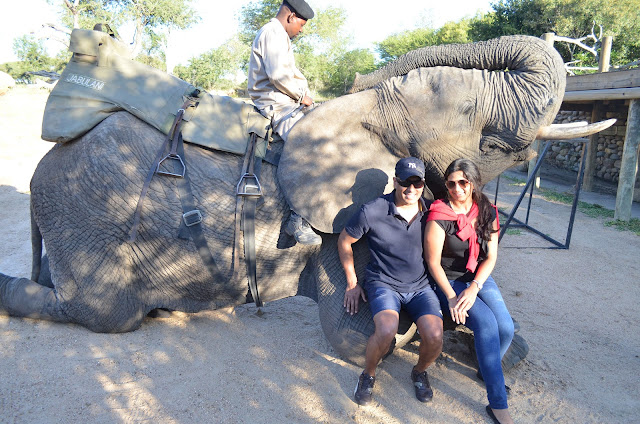 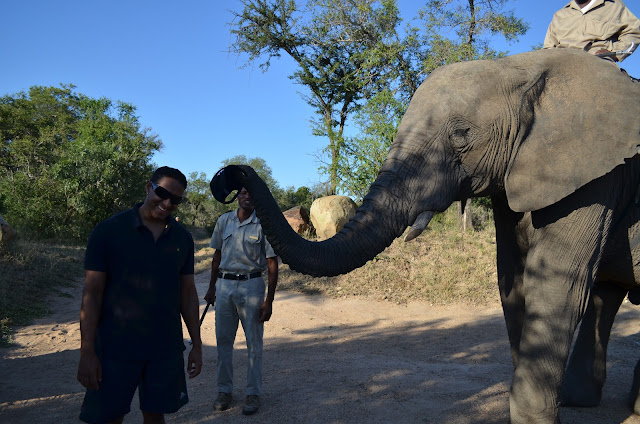 The elephant safari was so special. It was incredible to be high above land, among the treetops, viewing game. Going up and down ditches and through dams was particularly exhilirating! 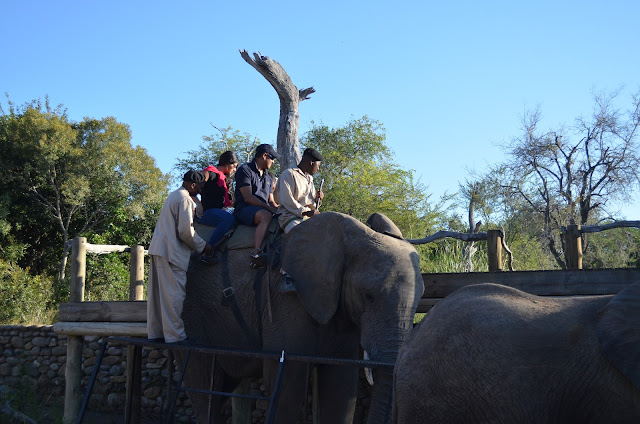 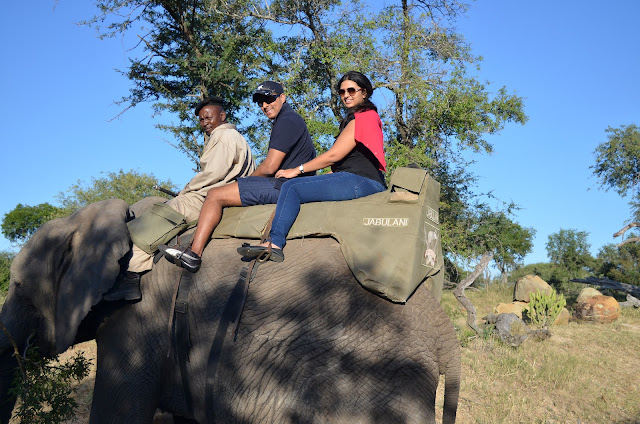 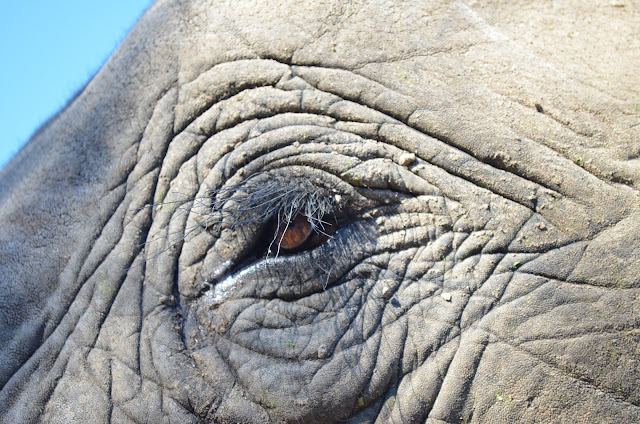 We ended up at a dam around sunset, where we had sundowners. 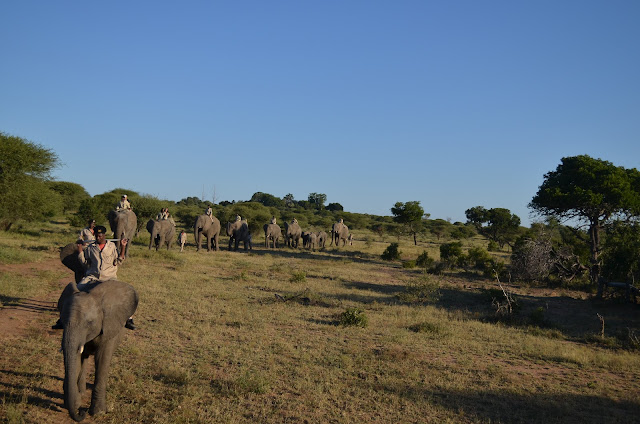 Dinner that night was sooo good. We chatted to the chef and he said that everyday is different, there is no weekly rotation or anything of the sort. I got to see firsthand how flexible he is. I overheard an American family give their dietary requirements, which were vegetarian. The chef then said that he had prepared a melanzane for them (brinjal with napolitana sauce), and they said that they don’t eat brinjal! He managed to whip up a veg lasagne for them with a few minutes’ notice.

I’ve summarised a 3 night stay into 2 blog posts because we spent the third day relaxing in our room. We also went on a game drive and did the elephant safari again, which I’ve already covered.

We were so happy and chilled when we left, even though we had a 5 hour drive ahead of us. It was such a special weekend. You can find luxury anywhere, but Camp Jabulani is so much more than that.

Please go and visit their website, and like I said in my previous post, drop them a mail before you disregard them because of their relatively high rates. They may be able to accommodate you on one of their special packages. They do wedding and honeymon packages too.

A BIG thank you to CJ for hosting me, and to Michelle for organising the trip. You guys are awesome!