Highlights of a weekend in Joburg City

A few weeks ago, I joined over 70 other media in Joburg City, for a weekend of exploration and fun. I covered the event in a double spread for the Sunday Independent, which you can read here.
To be quite honest, if I didn’t work in the city, my knowledge of it would probably be limited to the markets- Market on Main and Neighbourgoods. I know that many “Northerners” wouldn’t dare venture into the city. It makes me so sad, because people don’t really know how different the inner city is to Northern Joburg. It’s raw, authentic. It’s where Jozi, this city we love, started, and there is SO much to do and see. Safety is an issue, yes, but it’s just as much of an issue driving anywhere in Jozi or in SA for that matter. Safety and traffic are the only 2 negative things about Joburg.
To compensate for that, we have the most beautiful weather in the world, the best choice of restaurants and food, a wide range of affordable, quality entertainment, and a relatively low cost of living, enabling us to live within the city at affordable prices. Cross over to London- people have to deal with grey, rainy weather 10 out of 12 months, as well as 1 hour + commutes to and from work. They also have to work ridiculous hours and financially end up pretty much the same as we do, when you consider how expensive it is to live there.
Anyway, I’m going off on a tangent.. the point is, Jozi is awesome, and you need to explore it FULLY to call yourself a true Joburger. That means venturing further South than Parkhurst 🙂 Our itinerary was crafted with this in mind, and although it was jam packed, I left with even a greater appreciation for this city I am lucky enough to call home.
The media weekend was a prelude to the Joburg City Festival which is happening from 25- 31 August. All the shops and restaurants will be open till late, the public areas like Mary Fitzgerald Square will have special events on, and everyone will be in the city during this week. We just had a small taste of it, and it was incredible.
We started off with cocktails at the Apprentice Penthouse Apartment at Corner House. This is an 800 sqm luxury apartment used for events and parties. It was uber luxurious and huge, with a stunning view over the city. 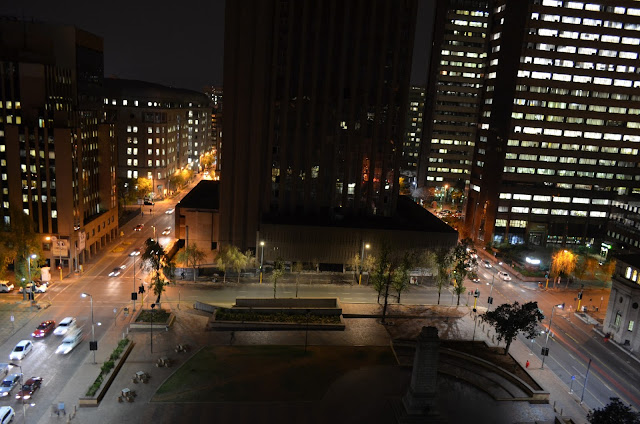 From there, we walked (!) to the Rand Club, one of Jozi’s oldest buildings. It was a gentleman’s only club until very recently, but is now used as a restaurant as well as an events venue. We were greeted with a surprise performance by the Johannesburg Philharmonic Orchestra which we enjoyed while sipping on gluhwein. The Rand Club is seriously old school, I loved it! It’s extremely opulent and is furnished with solid wood, antique pieces. My favourite room was the library… I could spend hours in there! 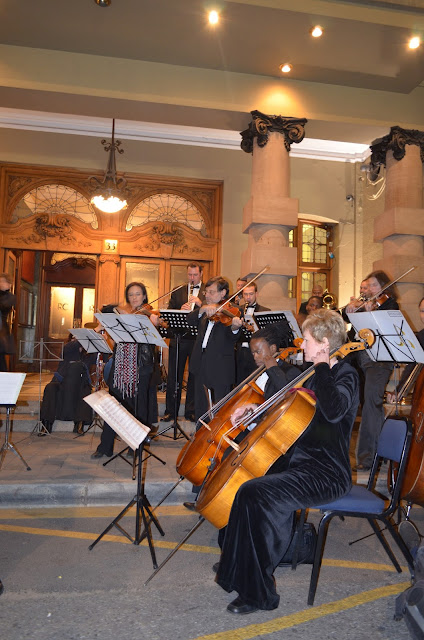 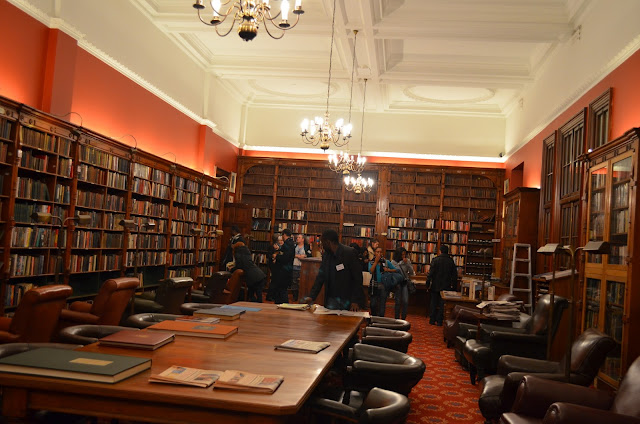 My hotel for the weekend was the Reef hotel. Now I was seriously skeptical about staying in a hotel in the city, you guys know how fussy I am! I was even contemplating driving home and then driving back early in the morning for breakfast. I’m pleased to report that apart from smelling a bit smokey, my room was spotless and was furnished with everything I could possibly need. 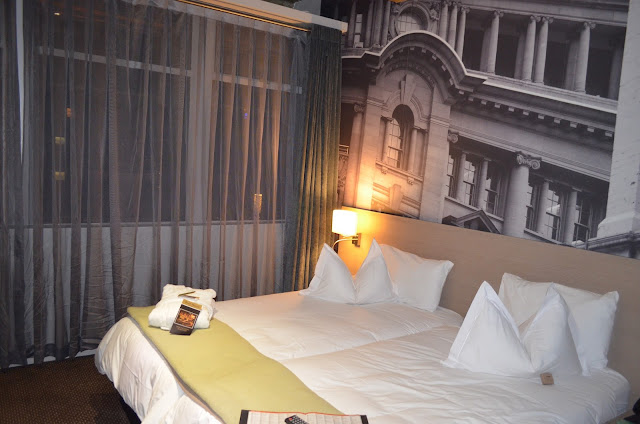 We then went up to Top 5, Reef Hotel’s restaurant. The restaurant is beautifully decorated, but apart from dessert (chocolate torte) I didn’t think the food was that good, although I love the concept. The restaurant picks 5 amateur chefs who then do their apprenticeship there. 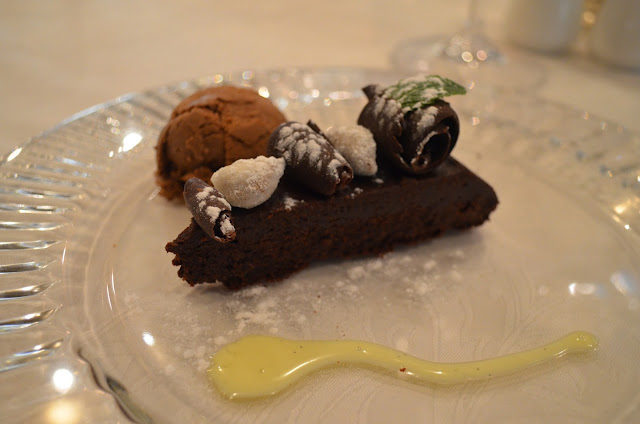 Breakfast the next day was at Goldmine Cafe- again, beautifully decorated but disappointing food. 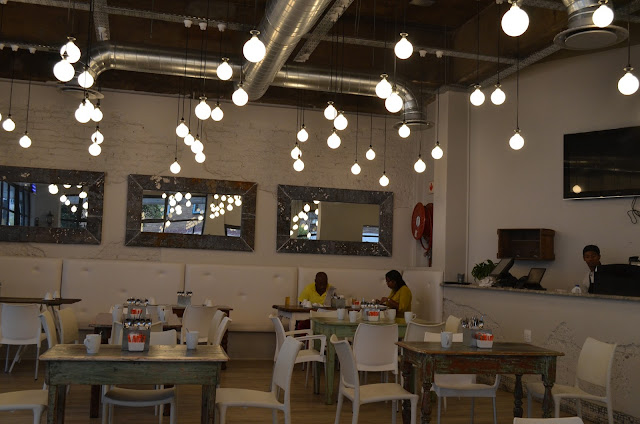 The highlight of the weekend for me was really the walking tour we did with Joburg Places founder, Gerald Garner. You may be familiar with his Joburg Places book; I’ve seen dog eared copies in all my fav coffee shops. This man is really an encyclopedia of knowledge about Jozi. The tour was absolutely fascinating. As we walked, he took us through how Jozi started, how the city came alive with the discovery of gold, and then how it subsequently became abandoned and derelict. Despite working in the city for 3 years, and doing my share of walking within the city, I was exposed to so much- just a stone’s throw away from Anglo American’s offices.

I thought I was addicted to my phone, but I was exposed to another level of phone addiction that weekend. These guys carry their chargers around with them, and charged their phones at every available plug point throughout each of the stops on our tour. So funny! When we were in the shuttle, it was a fight over who would get the car charger 🙂

Next, we went to the Fashion Kapitol. I didn’t even know this existed. There’s a market on every Saturday, and the day we went there was a fashion show happening, showcasing young designers’ work. 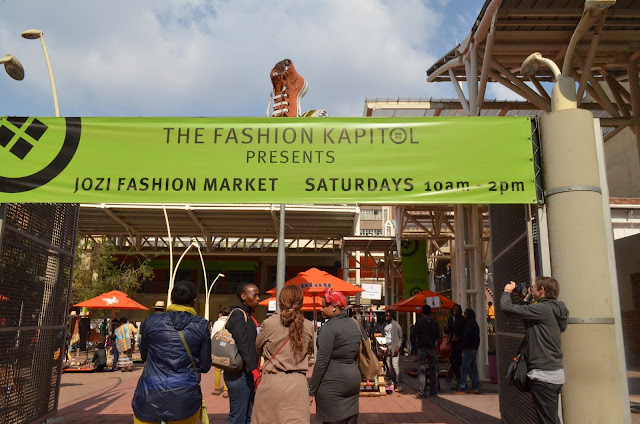 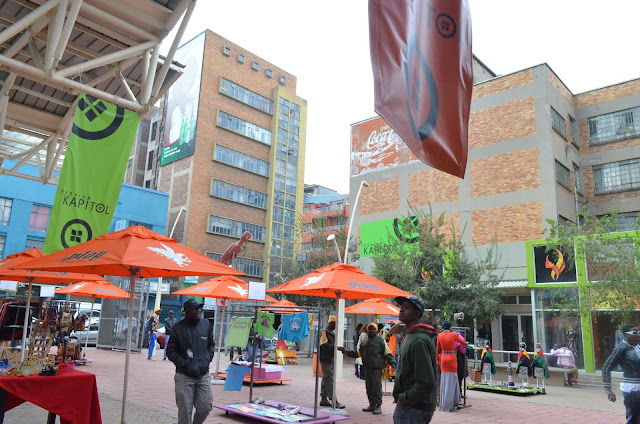 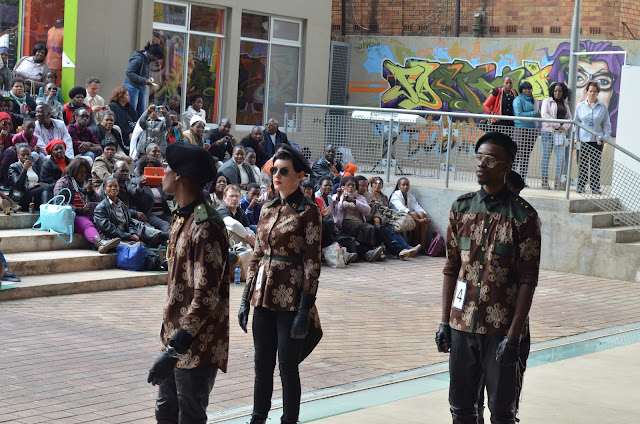 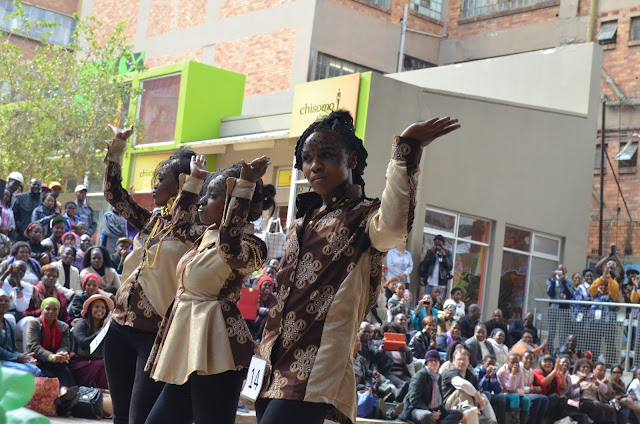 After that, we went to a networking event where we got to meet various inner city tourism players. Lastly, we went to the Parktonian Hotel in Braamfontein for sundowners. There was a Mexican theme and there may be a few videos on Vine of me doing the Macarena! 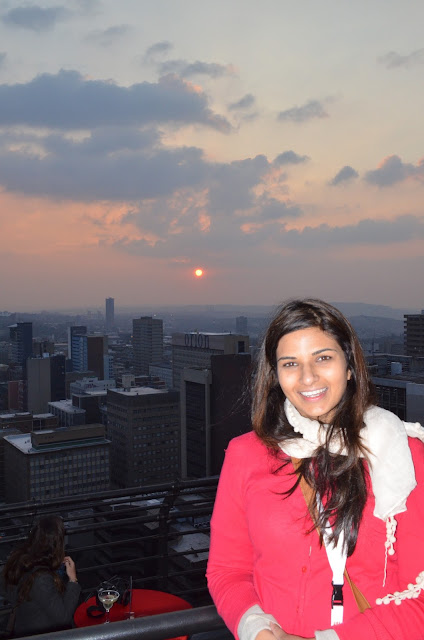 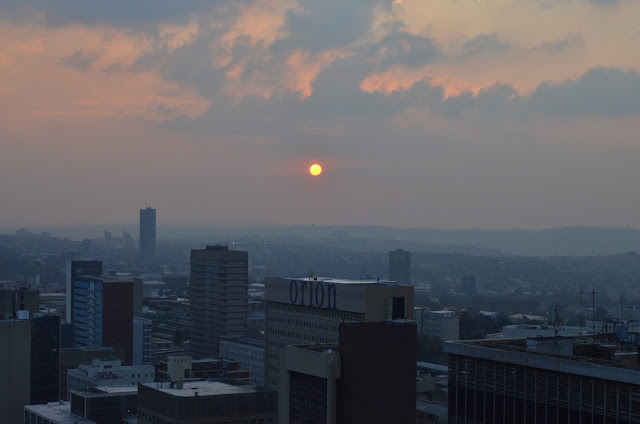 Another highlight for me was the underground dinner at Turbine Hall. It has an almost medieval feel to it, and we sat at a stunning long table. I loved the feel of the venue. It is mostly open for weddings and conferences, but they do host dinners for the public every Friday night at a cost of R330. Our starter (salted sourdough bread) was WAY too salty, but the rest of the meal was divine. Super yummy chicken curry and a table of desserts that looked seriously enticing. 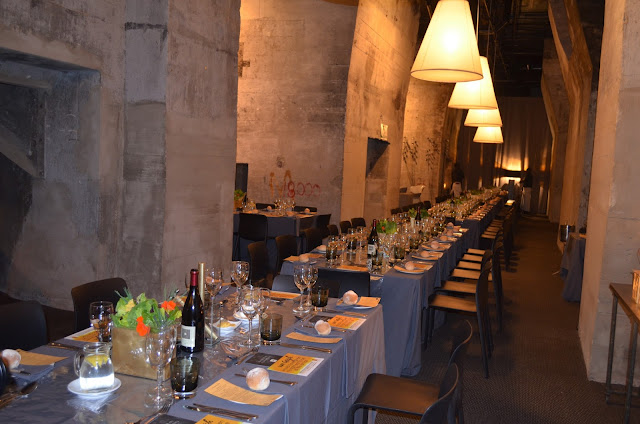 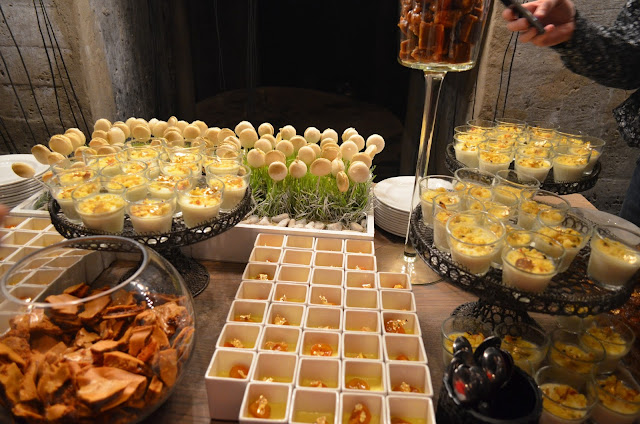 I was eager to get back home and see my hubby and cats by this point. It’s a catch 22 with these media events because most of them are for single occupancy only and weekends are family time for us. In any event, I also had to spend Sunday writing the article for the newspaper, so I opted to go home after the dinner and skip Sunday’s activities- a morning at Market on Main. I’ve been there tons of times so I didn’t feel like I was missing out too much.

All in all, a fabulous weekend and I can’t WAIT for the Joburg City Festival in August!