Rome- Not What I Imagined

If you missed my previous posts about Barcelona and Madrid, click here and here.

From Madrid, we flew 2.5 hours to Rome. I was really excited about this leg of the trip because it was my first time in Italy, and I LOVE Italian food. Let me just get this out of the way: Rome was probably my least favourite part of the trip. The whole city felt like one big souvenir shop and we couldn’t escape the tourists- no matter where we went.

Granted, we mostly visited tourist spots, but even when we just walked around the city there were tourists and tourist traps (expensive restaurants, tacky souvenirs) EVERYWHERE. On the side streets, in the piazzas, everywhere.

We stayed at the Waldorf Astoria- about a 20 minute drive out of the city center. Because I had four days to plan this leg of the trip, I just looked for the cheapest 5 star hotel which had an ok-ish rating on Trip Advisor. The Waldorf was stunning and affordable, but being out of the city was a bit of a pain. There was a free shuttle bus departing every hour until 9pm, but we had to plan around this which got annoying. Also, 9pm is quite early to finish dinner, so alot of the time we ate the (very overpriced) food at the hotel. It wasn’t all negative though, the hotel did feel more like a resort and we loved the layout and our room.

The hotel is situated right at the top of a hill, allowing for gorgeous views over Rome.
We went up to the top for a drink and took these snaps. 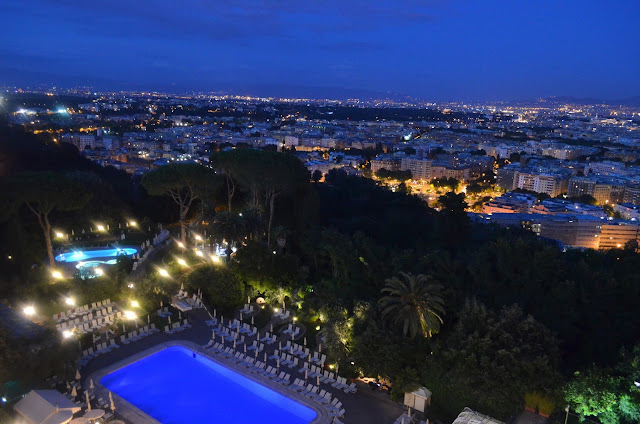 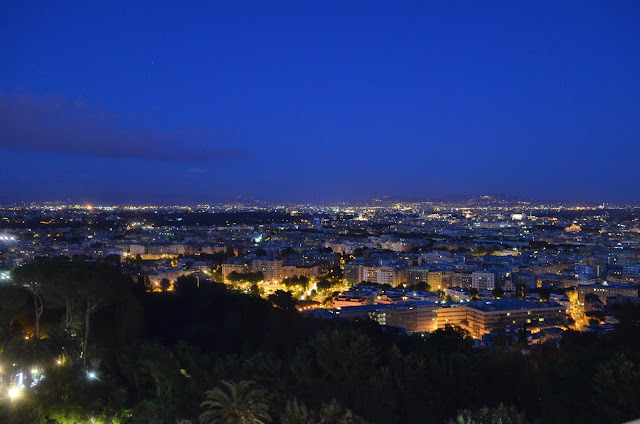 The hotel also has a 3 Michelin star restaurant, which was fully booked weeks in advance, so we didn’t get to try it.

On our first evening in Rome, I was SUPER keen to try the pizza and pasta. I imagined it to be the best in the world. Tuns out, all the pizza and pasta we had throughout the stay was disappointingly average. This is because in Italy, pizza/ pasta is a first course, and the second course is meat/fish. So the pizzas and pastas are very plain, often with only 1 or 2 toppings. However, it was still cool to eat in a traditional pizzeria, even though we got tired of the food quite quickly. 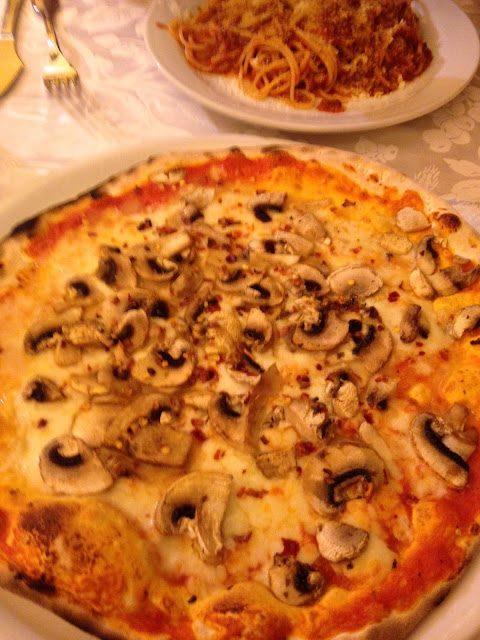 The thing that’s amazing about Rome is the ruins. Standing among 2000 year old buildings is pretty mindblowing, as is standing in the same spots where Roman royalty once stood.

The Colosseum was incredible. We were told all about the fights that once took place there- and I was so inspired by it that I actually watched Gladiator on the plane on our way home- this is a big deal for someone who only likes chick flicks! The fact that the building looks the way it does after all this time is just amazing. 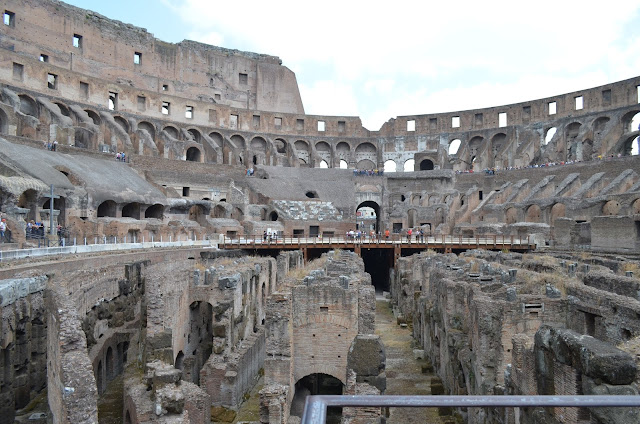 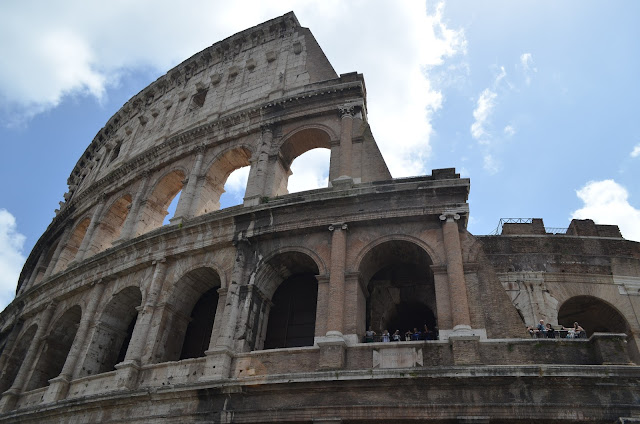 Another highlight for me was the Vatican and the Sistine chapel- the artwork was out of this world. Unfortunately photos were mostly banned here, but below is a pic of St Peter’s Church. You can see its magnitude compared to the teeny people at the bottom. 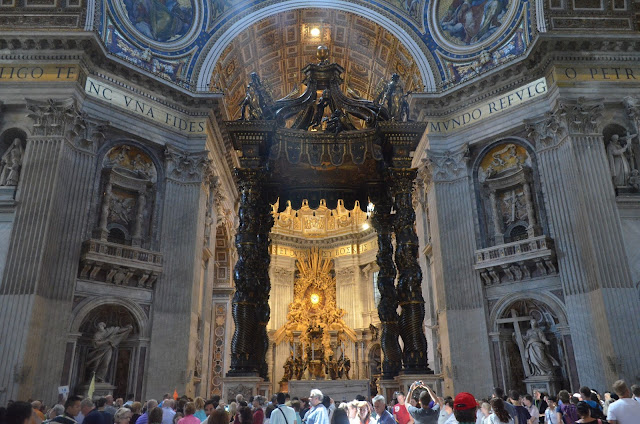 So yes, I’m glad I ticked Rome off the bucket list but I’m not too sure if it deserved to be right up at the top of the list. Yes, seeing the historic sites is a must do, but other than that, the city doesn’t have any vibe as such. I found this blog- www.revealedrome.com which has some GREAT ideas for exploring the city and getting away from the smothering tourist energy. I wish I had found it before we arrived because it definitely would have improved the experience for me.

From Rome, we embarked on our Azamara cruise, which was beyond awesome. My story on it in the Sunday Independent is going to be published any day now, so I’ll hold off on telling you about that for now, and thus give the travel posts a break for a while. I have LOADS of foodie posts to share so I should probably start catching up on those 🙂

PS- my Jozilicious Pamper Event is pretty much booked out, but I have had a cancellation of 4 tickets for the 6-8pm slot. If you’re keen, get in touch: info@joziliciousblog.co.za

*Post Update: After visiting Rome a second time recently, I feel that I was really judgmental in this original post. I focused my first trip too much around the touristy stuff and didn’t actually get to know the city properly, which I did this time round. It actually is a really beautiful, scenic city that warrants way longer than just a weekend.