The SA Style Awards were all kinds of glam!

Happy Tuesday! I’ve just arrived home from an event, but I felt like I had to give you guys the scoop on the SA Style Awards which happened on Sunday evening at Hyde Park before I forget all the deets.

I started the week on a great note because I ended up having such a cool weekend. My hubby went to DBN, but some of my BFFs who are from DBN happened to be in Jozi, so I took them to all my favourite spots. We went for massages at Enmasse, and then to the San Deck at Sandton Sun for drinks- it is honestly the BEST Friday night drinks spot around, there’s live music, great seating, awesome views and it’s all outdoors. I think that deserves a blog post in itself.

We also had Pedi’s at Soho (who gave us a bottle of Moet at 10am- no complaints), went for brunch to Bella Café in Sandton (for the yummiest bagels around), and to Fourways Farmers Market.

I did miss having Rishav around but it was great to have some girl time, and show my friends the best Jozi has to offer. Sadly they had to fly out on Sunday afternoon, at which time I headed to Hyde Park for the SA style awards. The dress code was “glamourous”, and I wore the same white dress I wore to Diner en Blanc, which I bought on sale during my trip to New York from a little boutique in Soho. I arrived and felt completely underdressed. Everyone looked AMAZING, in sequinny sparkly ballgowns, and everyone who was anyone was there. I saw a few people I knew, but I was really glad to have spotted blogger pal Leigh and her pal, the awesome Anne, who I spent the evening with- I had so much fun! 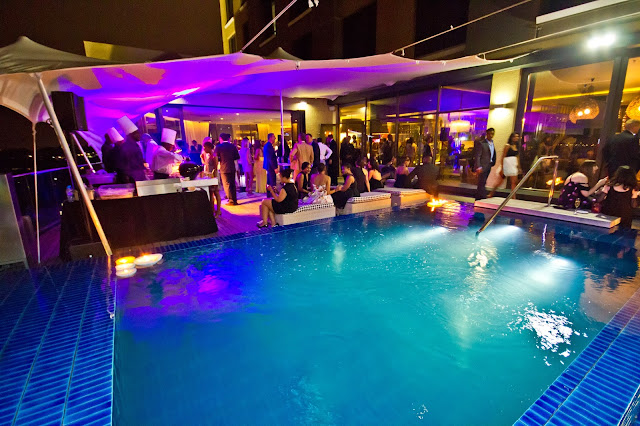 We mingled and got some photo ops, and I met my FAVOURITE model in SA, Shashi Naidoo, who I think is the most beautiful person ever- and is also really sweet. Other sweet celebs were Thando Hopa and Jena Dover, who both happily obliged at our photo requests. 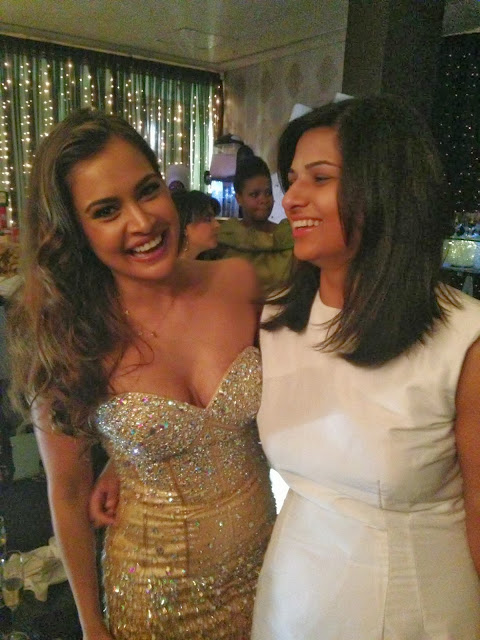 On the best dressed list for me- definitely Jena Dover in a Kluk jumpsuit, Zuraida Jardine in Gert Johan Coetzee and Roxy Burger in AQAQ (If I could adopt one SA celeb’s style it would probably be Roxy’s- effortlessly cool). I also loved Shashi’s dress which was Pallu. Other celebs who were there included Danny K, Jen Su, LeeAnn Liebenberg (looking adorably preggers), Vanessa Carreira and Bonang. I’ve taken some of these pics from Twitter- I hope I’m not infringing on anything. 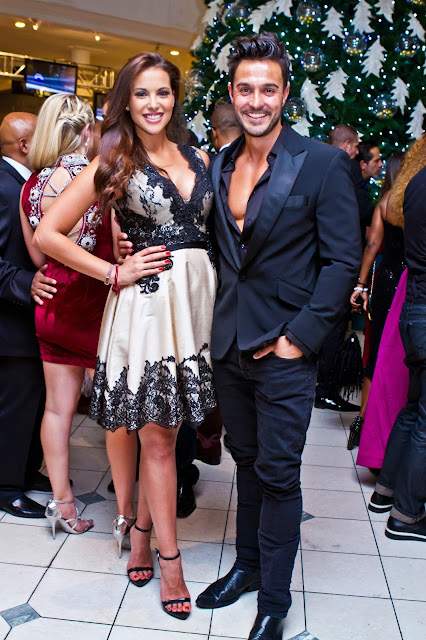 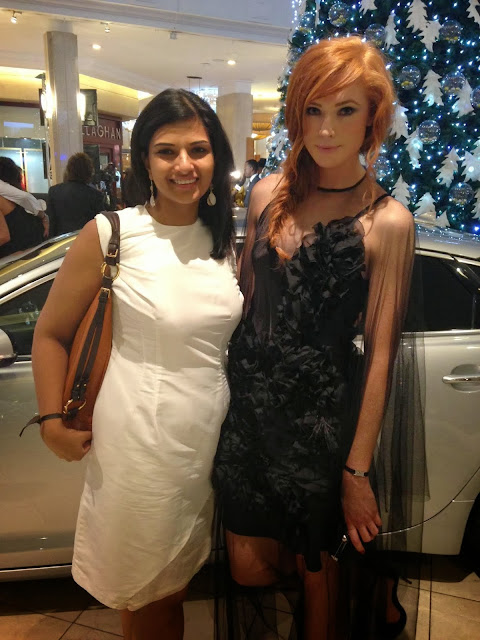 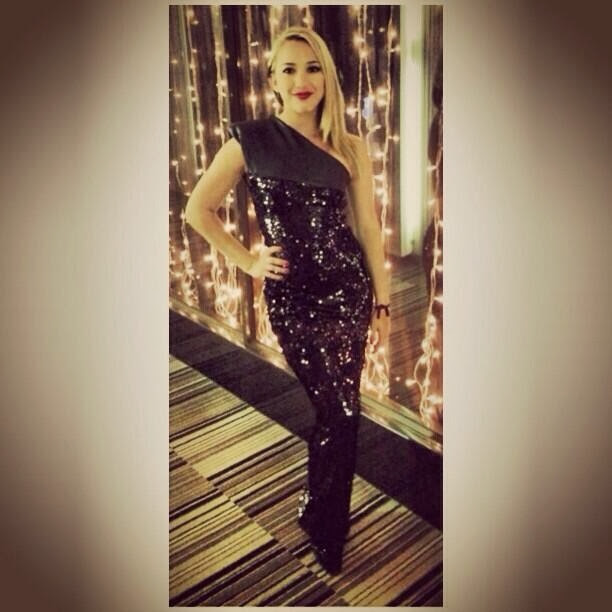 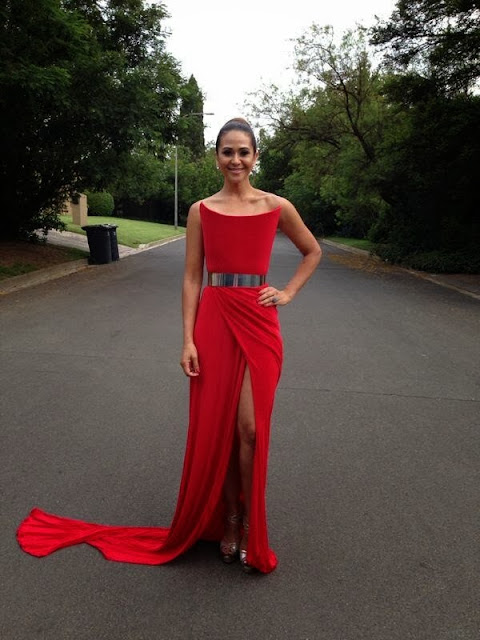 As expected, the goodie bags were nothing short of fab (I kind of figured they would be because we had to sign for them), with a full size Davines dry shampoo, Armani cosmetic bag, imported chocs and lots more- such a spoil. The event was at the Southern Sun Hyde Park restaurant/ bar- which is one of my favourite spots for drinks. I tasted food from there for the first time- that porcini mushroom pasta – to die for. I had two helpings and am planning to go back for a proper meal soon. 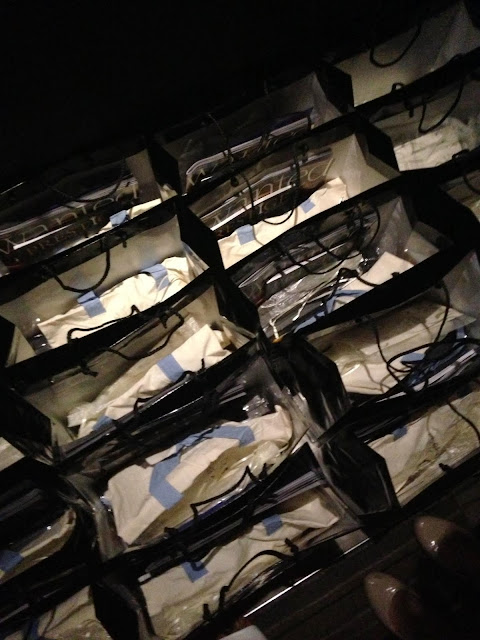 It was probably the most glam event I’ve ever been to, and although I sometimes find these things a bit pretentious, I’ve realised that people (even celebs) are really friendly and are as eager to chat as I am. Looking forward to next year’s awards!

Join me at the 2nd Rubybox Beauty Night Out on 28 Nov in Sandton- **Major Pampering Alert**!! Tapas with a Twist at Crazy Horse in Parktown North