Our final full day had arrived.
We decided to spend the whole day out at the East islands off Mauritius.We started out on a speed boat (totally exhilarating and fun!) and we headed out to Blue Bay. 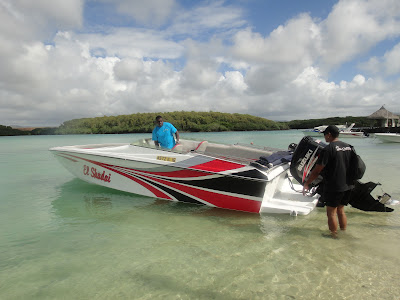 This is a natural marine park and is apparently the BEST place in all of Mauritius to do snorkelling.
The water is 3m deep and even though I can swim (a little) and keep myself afloat I was a bit wary of going out into the ocean alone. So I put on some goggles and stayed close to the edge of the boat. Everytime I put my head down I saw the most amazing fish!
The boat driver had pieces of bread that he would throw into the water, and hundreds of tropical fish would all go for it. 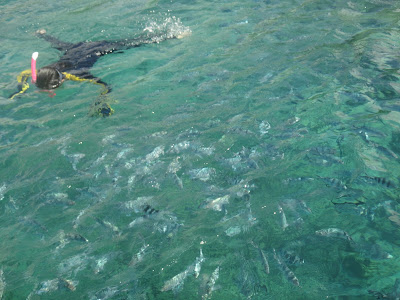 The day had only just started and I was already in awe of the natural beauty surrounding us.
We carried on a bit further in the speed boat, and we saw a shipwreck from the early 1900s that hadn’t been removed- so cool to see.. 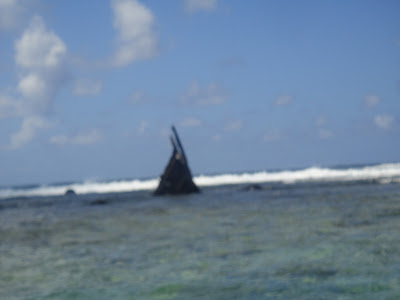 Next stop was to another tiny island where we saw an old lighthouse that is no longer in use. We went inside and explored again- I always love visiting historical places, I like imagining who was there before and what life was like in that time.. 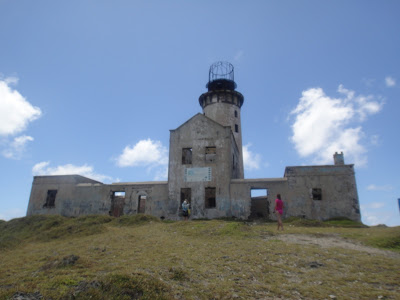 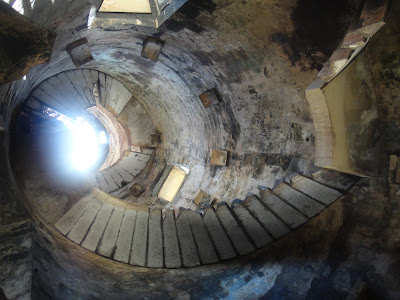 The view from this island was again, spectacular. It’s incredible to look at the huge mass of water surrounding you and imagine what lurks below 😉 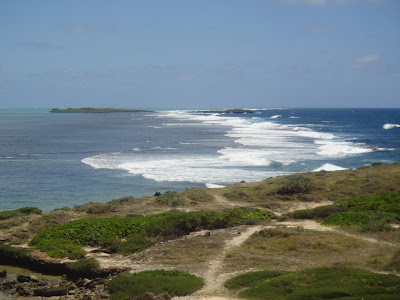 We carried on our little island tour and headed out to see a waterfall in a lagoon. There were so many pirate ships along the way, I felt like I was in Pirates of the Caribbean! I even saw Mauritius’ Tarzan, can you spot him below? 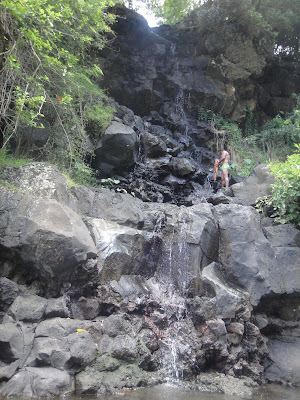 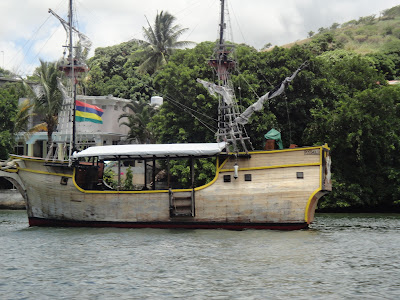 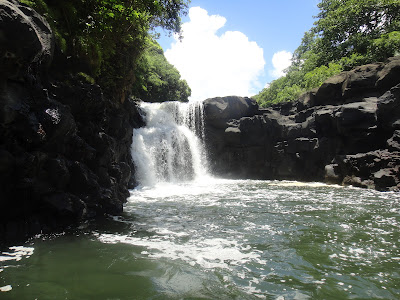 ﻿By this time we were all starving, so we headed to our final destination, Ile Aux Cerfs for lunch and some R&R.
When we arrived, the barbeque was in full swing and I couldn’t wait to dig in.
We were served a 3 course meal, starting with a full fish (a bit alarming but I kind of ate around most of it). 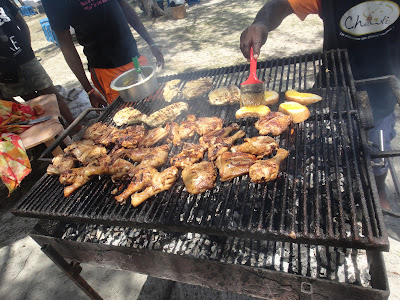 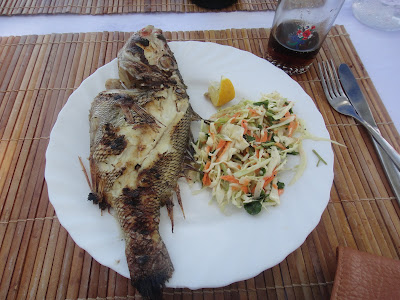 Next up was lobster and chicken, followed by caramelized banana with fruit salad- yummmy. 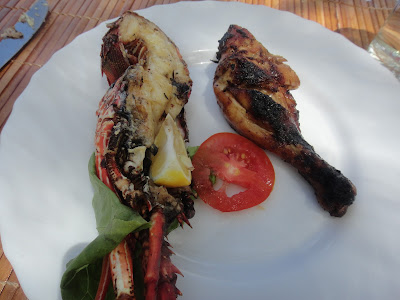 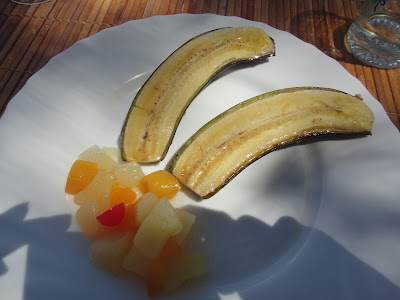 The beach here was so stunning, so we swam for a while and chilled out. 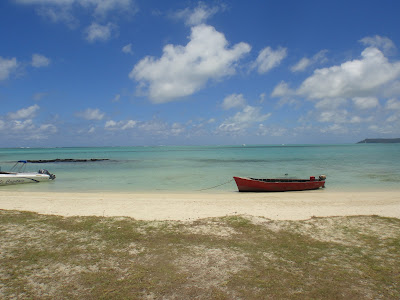 We then went to the more commercial side of Ile Aux Cerfs and shopped a bit.
After dinner, we were both feeling pretty side about leaving so we had an early night and planned to enjoy the few hours we had left in the morning.
I definitely want to go back- and I strongly recommend you consider holidaying in Mauritius too. If you go in the offpeak season, you can get a really good deal. Flight Centre are always having specials, and it really is like you’re a world away from SA.
The food is excellent, it’s a short flight and the place is just magical.
Closing off on Mauritius for now… stay tuned ‘cos tomorrow I am launching an exciting competition!
xxx
H
Share on FacebookShare on Twitter

Mauritius- Day 3 and 4 WIN! A night for 2 including breakfast at the trendy Protea Hotel Fire & Ice, Melrose Arch