Oh, the power of Twitter. I came across a random tweet about how delicious Paul’s Homemade Ice Cream was, and I was intrigued. I immediately tweeted Paul and asked if I could sample some. Yes yes, I know I’m supposed to be on an eating plan but I am allowed 3-4 small treats a week.
This was SO worth the cheat!!
Paul started making ice cream when he got an ice cream machine as a gift from his mom. He gave it out to friends initially, but then decided to start selling it. However, the machine he had only allowed him to make 2 litres a day, so he bought himself a low end commercial machine, which allows him to make unlimited quantities a day, in 1 litre batches.  ﻿
Paul’s an American citizen, and he’s always been aware of the large role that ice cream plays in American culture. He noticed that in South Africa, we don’t have the same culture. Until Haagen Dasz launched, there hasn’t really been a good franchise ice cream chain that we could rely on to hit the spot (McDonalds R1.99 cones don’t count!)
In case you’re wondering, Paul isn’t a full time ice cream maker 😉 He is currently in his gap year after completing his Honours degree in Clinical Psychology at Wits. He also loves black and white photography and hopes to produce a self published book soon. His future plans for Paul’s Homemade Ice Cream include launching some limited edition flavours and some more experimental flavour combinations. 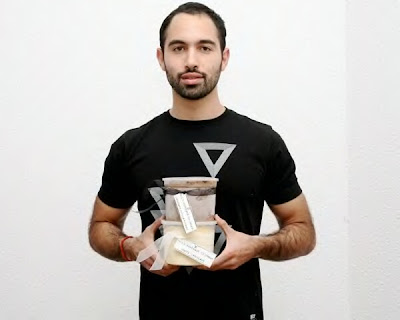 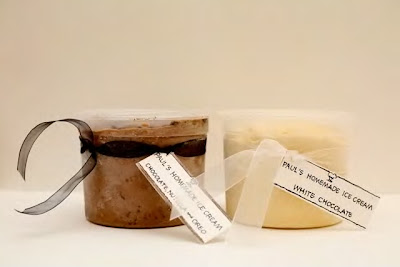 I was so excited when I picked up the samples. They were gorgeously packaged and looked delicious. I sampled a couple of flavours, but my favourite was the chocolate, Nutella and Oreo. It’s creamy chocolate ice cream, with chunks of Oreo biscuit and spoonfuls of Nutella in layers. Heavenly! Another popular flavour is dulce de leche, which I couldn’t get enough of in Buenos Aires! This is basically caramel. This one is the one to go for if you like sweet things!
Paul sells his ice cream for R150 a litre and has a variety of flavours. Click here to order.
He also delivers within 5km of Saxonwold. I think this makes a great gift- you just have to get the timing right so that the ice cream doesn’t melt by the time the recipient gets home.
I suggest trying it out and seeing what you think- I strongly suspect you won’t be able to go back to commercial ice cream after this!
Fab week, all
x H﻿

PS: don’t forget, this is the last week to enter to win a R200 voucher at Moema’s Patisserie- all you have to do is tell me what your favourite recipe is. You can email me here, or comment here.