Last night, I went to see Fat Pig at Old Mutual Theatre on the Square in Sandton. I loved it! 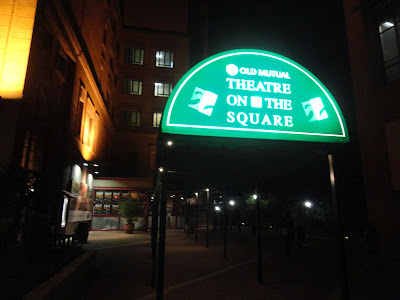 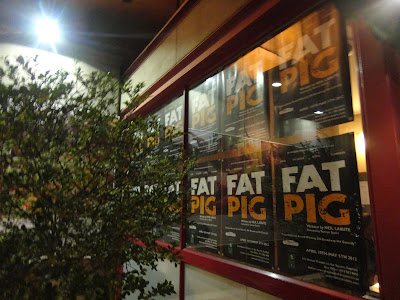 If you don’t know about the Theate on the Square, you’re totes missing out. It’s an intimate 200 seater theatre situated in the Nelson Mandela Square at Sandton City. It’s a totally different vibe from bigger theatres like the Teatro. It’s quaint and casual, and because it’s so small, you feel like you’re actually PART of the show. I’ve seen a couple of productions there, but this one has to be my favourite.

The storyline behind Fat Pig is something we can probably all relate to, since we all live in such an appearance focused society.
It tells the story of a normal, good looking guy, Tom- played by Colin Moss (who really needs no introduction) who falls in love with an overweight girl called Helen (played by Egoli’s Chanelle de Jager). He has to put up with a whole lot of slack from his co workers and on-off girlfriend, Jeannie (played by SA actress and model Lee-Anne Summers).
Lee-Anne is also the producer, I met her at the Marie Claire Naked Party. She is so unpretentious and down to earth. And that body!! OMG- definitely something to aspire to.
The show follows the unlikely couple’s budding relationship and the obstacles they face. It’s witty and real. I think it’s the perfect thing to do for a first date, or even something different from the usual “dinner and movie” date night.
I laughed and cried and the play really gave me lots to think about. It’s on till May. Book tickets here.
Hope you guys have a fab weekend!
xxx
H﻿
Share on FacebookShare on Twitter