New York- the landmarks: part 2, and a special 911 tribute

While I initially intended not to split up the “landmarks” posts, Part 1 was already getting too long, so I had to. It worked out pretty well though, because of course, today is 911, and I am going to be covering the 911 memorial in this post. 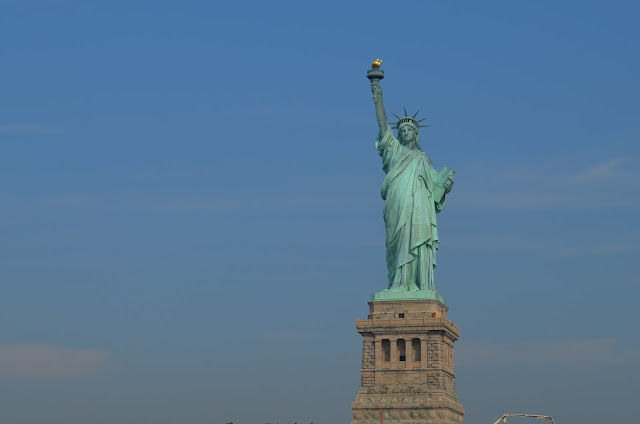 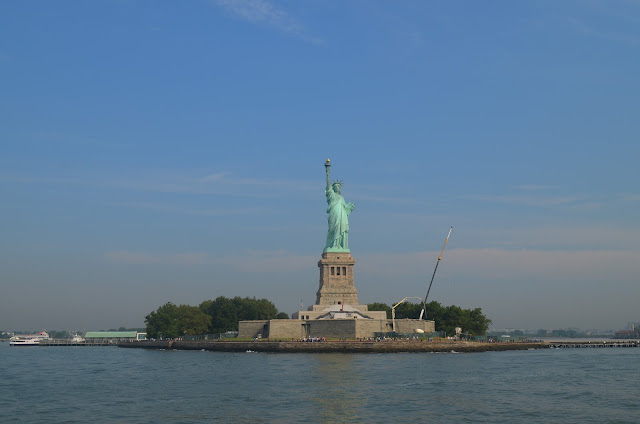 On the same day, we did a tour of Lower Manhattan, where we walked through Wall Street, saw the New York Stock Exchange and visited the 911 Memorial. 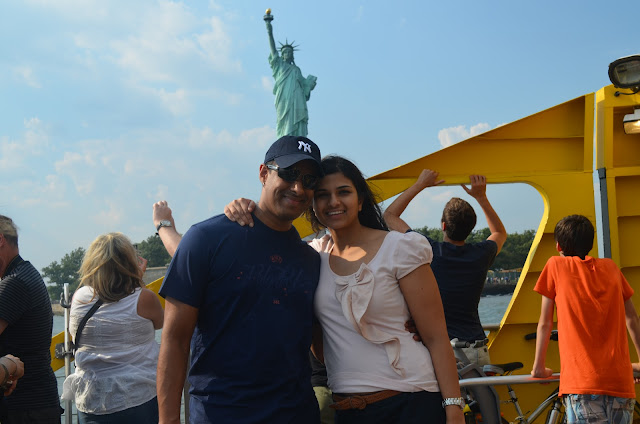 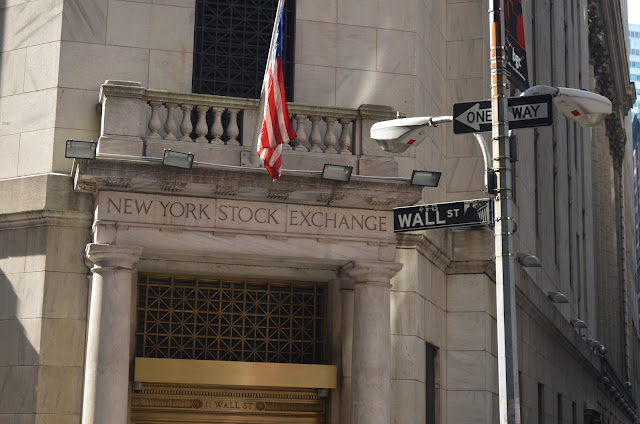 There is so much history on Wall Street… I love thinking back to the 1950s or 60s and imagining the types of conversations that were had in these buildings.

The 911 memorial is a short walk away. As you can imagine, the security is crazy to get in. It’s that way at most of the key landmarks. Your bags go through a scanner, you have to remove all electronics from your bag; you’re felt up by security, your tickets are

checked at least 3 times by 3 different people.. Eventually we got used to this.
The memorial is incredibly sad and I was really moved by it. It stands in the form of 2 large waterfalls, situated exactly where the twin towers used to be. The names of each and every person who was lost during the attack are engraved on the sides. 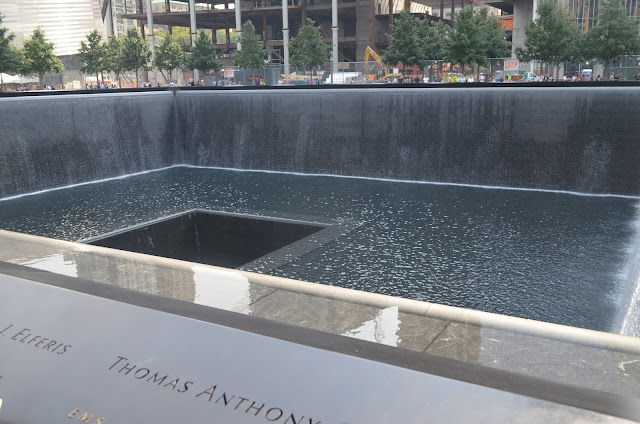 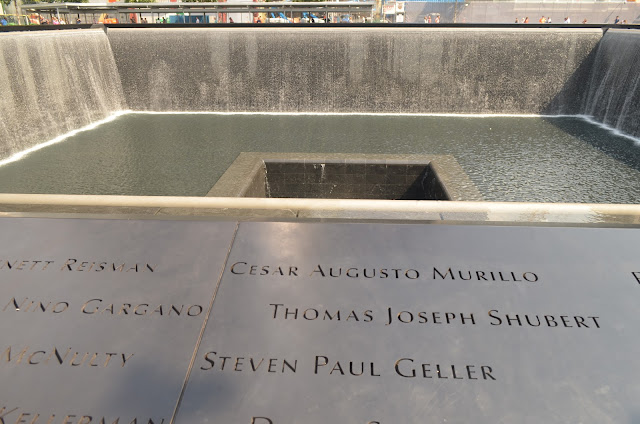 The most moving part of the whole thing was going to St Paul’s church, which was the refuge for firefighters during the aftermaths of the attack. They’ve kept all of the messages and cards that were sent during this time, and it was really interesting to walk through the church and read all of them. I had a lump in my throat the entire time. Being in SA, we saw everything unfold on tv, but being right where it all happened was a completely different experience.

I really liked that the memory of 911 is kept alive, despite the trauma it caused the country. At least the victims’ families can take comfort from that. Our tour guide told us that all the buildings around the towers were damaged with cracked windows etc. The only building that wasn’t damaged was St Pauls Church- amazing.

After that, we took a taxi across the Brooklyn Bridge and admired the view. I kept having these “omg, I’m in New York moments”.. this was one of them. 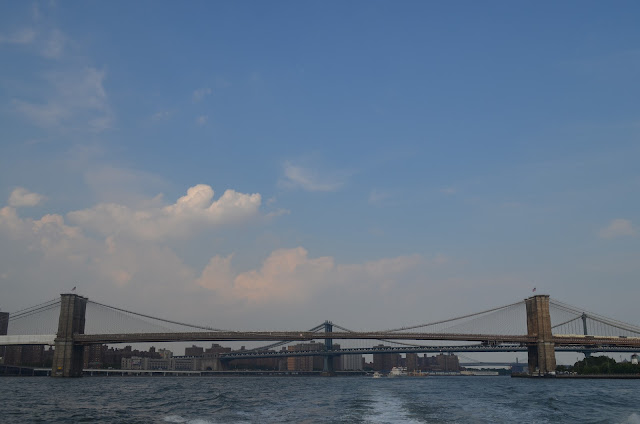 The only thing I haven’t really touched on in these posts is the nightlife. Clubbing is not
really my scene anymore, and although I would have liked to go to a club for the experience, we were so exhausted from touring everyday that we just did not feel up to it. We did go out to a few rooftop bars. You have not seen rooftop bars like these- a view of the Empire State Building over cocktails? Amazing. Here’s the view from the Gansevoort Hotel in the Meatpacking District- you can see another rooftop pool/bar in the pic. 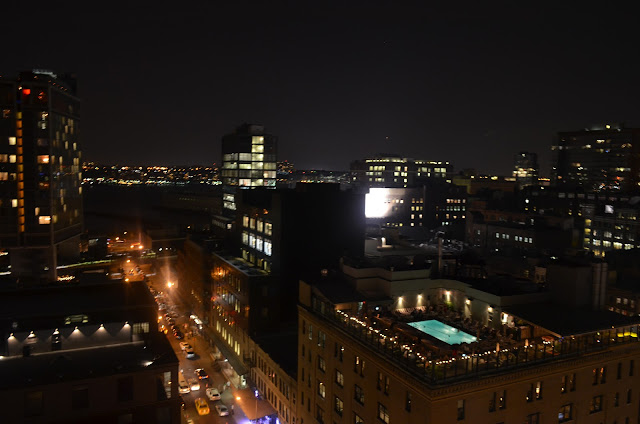 The next pic is from a bar called 230 on Fifth. It took up the entire top floor of a massive building, and had trees and lights everywhere- with a totally amazing view. 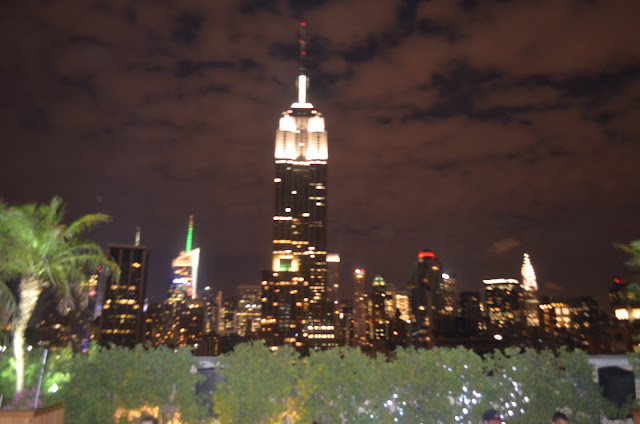 So now that you’ve seen the Empire State Building, I’m going to share my personal highlight of the holiday. The views from the building. It’s the tallest in the city, and we went to the 102nd floor to take it all in. We were going to go in the morning, but decided to go at night, because we wanted to see the evening skyline. So glad we made that decision, because that morning there happened to be a shooting there! Anyway, it was all back to normal when we went, and I can’t even tell you how incredible it was. I doubt there’s a view like this anywhere in the world. I just stood and looked at it in awe. 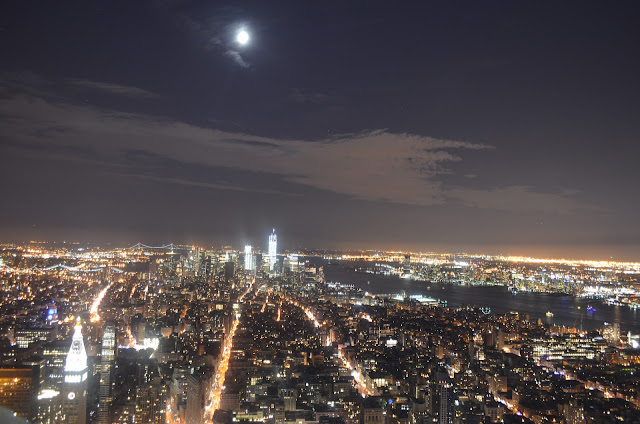 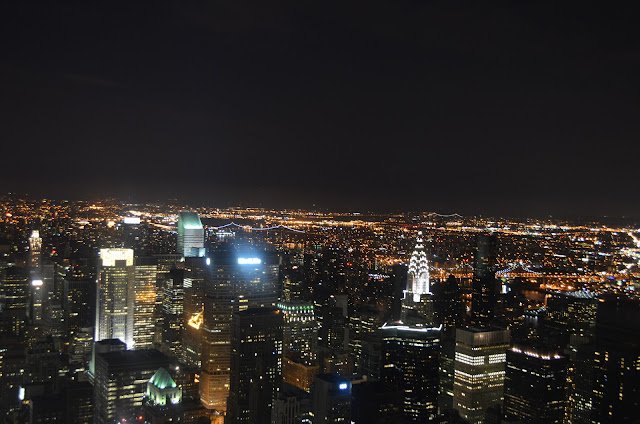 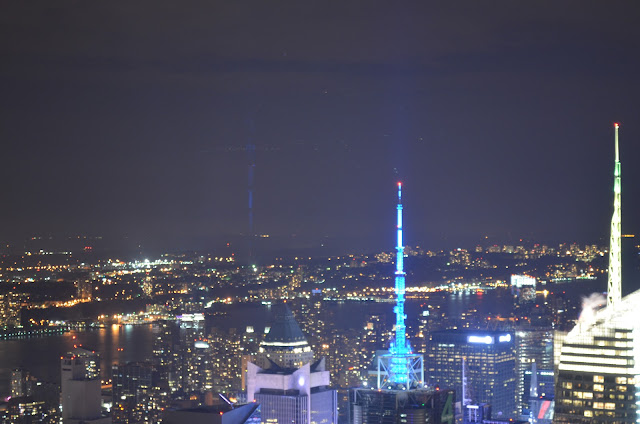 Totally amazing right? And that brings me to the end of our incredibly fabulous holiday. I’ve had quite a few questions from readers, friends and family about NYC’s food, people, shopping and everything in between, so I’ll be doing a NYC FAQ post tomorrow that will cover all of this 🙂
Hope you enjoyed reading these posts as much as I enjoyed writing them! Thanks for allowing me to relive my holiday a bit 😉
xo
H
Share on FacebookShare on Twitter