Like most other South Africans, I was hooked on Masterchef SA and was thrilled when Deena won. You can imagine my excitement when I cinched an invite to the launch of his restaurant, Aarya, which happened last night.

I made my way through those dreaded cobblestones at Montecasino in my super high heels, and found myself on a red carpet with an entire film crew and countless photographers on standby. I realised that this was definitely the most “high profile” launch I’ve been to and I was a bit intimidated given that I was all by myself (the invite was for 1 only) and I didn’t really know anyone else that would be attending.

Nevertheless, I walked around and took photos while sampling some of the yumminess. Aarya’s menu is alot more “conventional” than I would have expected. There are pizzas and pastas on the dish, and only one curry dish. Everything I sampled last night was delicious (especially the butter chicken below) and I really want to go back and try a proper meal at Aarya soon. Apparently it’s fully booked for the whole of November! The restaurant itself looks like a normal, upmarket dining spot. There’s a bar and an open kitchen but honestly it’s nothing I haven’t seen before. 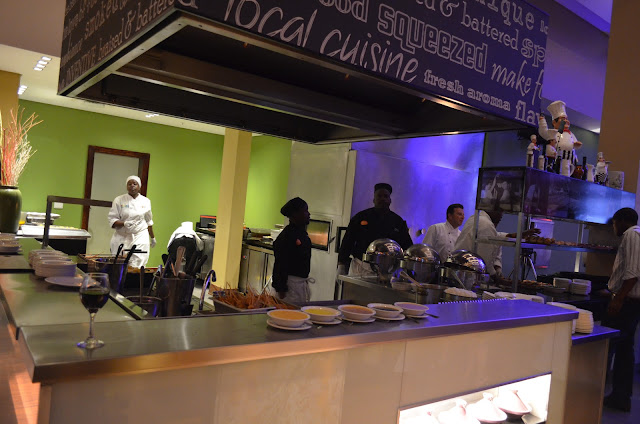 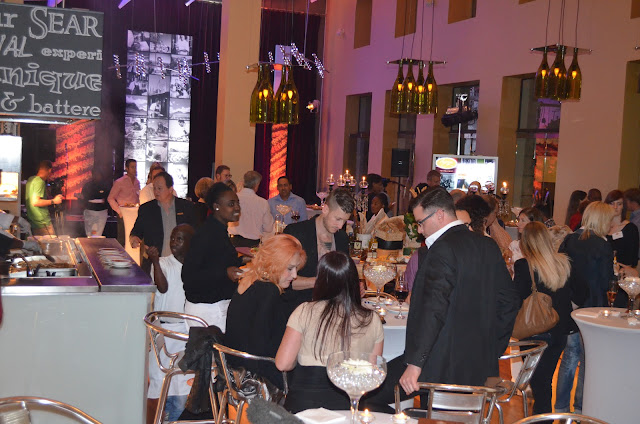 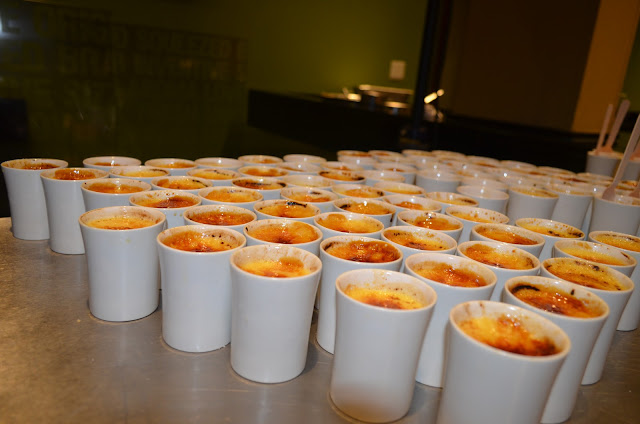 There were tons of celebs around. The first one I spotted was notoriously obnoxious 5FM DJ Gareth Cliff. I went to him to ask for a pic and moaned and groaned but begrudgingly agreed. Not a very good start for a very nervous amateur blogger!

After I took this pic and walked away, Gareth came up to me (I think he felt a bit bad for being so mean!) and asked me about Jozilicious and what I do etc. He told me he hates events, he’s never watched Masterchef and he’s only there to introduce these artists that he manages. I told him that I think if you’re a celeb and come to events like this, you need to expect to be asked for photos- else don’t come! He then went on to tell me that he doesn’t agree and he’s not obliged to do anything- people listen to him because he’s the best person on morning radio.. he doesn’t ask anyone to listen!

I guess at least he doesn’t beat about the bush.. but c’mon Gareth, if you’re at a media launch try to give your fans some love?

Anyway, the next string of celebs I chatted to were far more approachable. Bonang Matheba was the MC. I always thought that she was a bit of a diva but after meeting her in person my view changed- she was so sweet and completely professional. She also is unbelievably beautiful and has an amazing body! 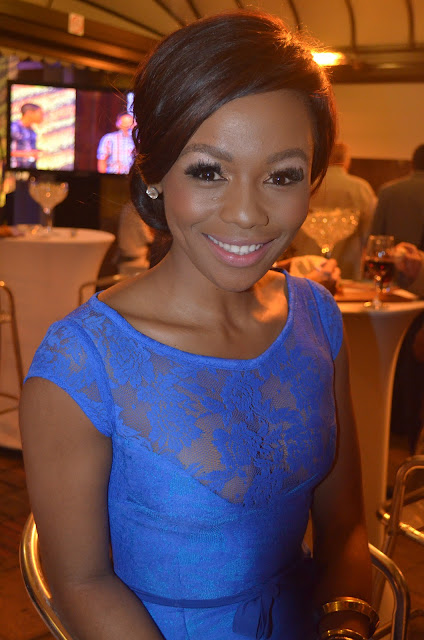 I also spotted ex Heat editor Melinda Shaw (who I’ve had many Twitter chats with, but hadn’t yet met) and Zuraida Jardine (what does she do these days, anyway?) I’ve been in admiration of Zuraida since she had her kids- her body is something to aspire to, especially post-kids! 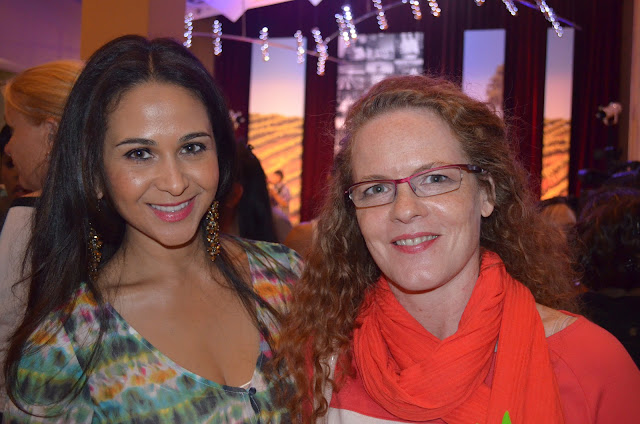 There was a lot of controversy just after Deena was announced winner and I had a feel his involvement in the restaurant was minimal. I’m sure he added his touch to a few of the dishes, but I feel like most of the menu and the design was crafted by Tsogo Sun.

After mingling (read walking around with camera in hand aimlessly) a while longer, I decided to head home. On my way out, I saw Deena, his wife and 10 year old daughter, Aarya (after who the restaurant was named) posing for pictures, so I snuck one in myself.

I also chatted to Deena earlier who saw me hovering near him trying to get a photo in between all the other journalists. I have to say he is as humble as he appeared on the show. He made sure everyone got the photos they wanted and he took time to talk to each person. It would have been nice to see him in the kitchen actually cooking something though. 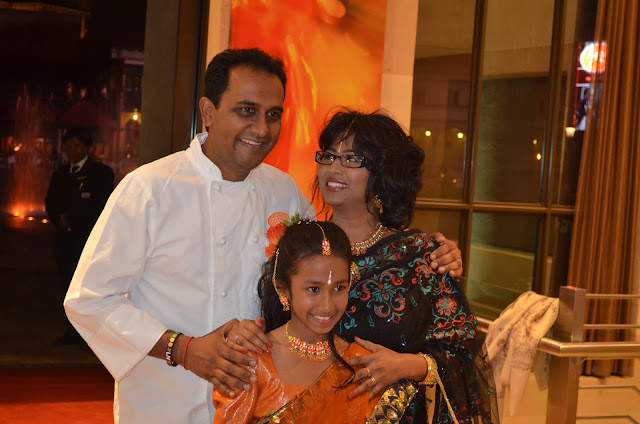 I’m usually happy to go to launches on my lonesome because I can usually find some other single media person to chat to, or I’ll see someone I know but this one was a bit too pretentious for me! I think celebs don’t mingle as easily as normal people do because they’re, well, celebs. so that was a bit of a challenge.

Anyway, I’m definitely going to do a full review at Aarya soon so watch this space 🙂