Behind the scenes: My Eastern Mosaic shoot at Neighbourgoods Market

After much anticipation (and outfit hunting), my Eastern Mosaic shoot happened on Saturday. We did the first bit of the interview at Hotel Lamunu in Braamfontein and the second bit at the Neighbourgoods Market. I actually haven’t blogged about the market before, so will take this opportunity to tell you about the shoot as well as the market.

I arrived at the hotel at 07:30 and met the presenter who would be interviewing me, Kajal Bagwandeen. She is one of those flawless people- gorgeous, perfect body, amazing hair, and bubbly, friendly personality. She made me feel at ease immediately and took me through the script and the questions she’d be asking me. I had no idea what to wear but wanted to go with something casual, comfortable but still stylish and feminine. My mother said I should wear my wedding outfit! Hahaha- the worst part is, I think she was serious :/
I settled on a forever new leotard with lace flower detail on the shoulders, a printed mango skirt which I had just purchased the day before and zara wedges. I’ve heard that the camera adds 5kgs so I hope I don’t look like HUGE on screen!

I was in awe of Kajal memorizing her lines in seconds. While she read through her script, (which she had just received that morning), I thought about how I’d answer the questions. I was asked things like how I started Jozilicious, how I find the time to blog, how media trips happen, and how I developed my palette for good food.

We started the interview with me saying my name and occupation for the camera. I was thinking afterwards that all the indian people from Dbn who watch EM are going to laugh at me ‘cos I pronounce my surname Nair (rhymes with hair) but the traditional spelling is Naai-er (rhymes with higher).

Then Kajal started asking me the questions we had been through. At first, I felt a bit weird going into detail about all those things because an interview isn’t like having a conversation, it’s so strange only talking about yourself! I kept wanting to ask her things about her life. Because of that my first few answers were short and to the point. I soon eased into it and gave more colour to my answers.

I didn’t take my SLR camera so I put together a few collages on my Iphone to post.

After that, I switched on my laptop and pretended to do some blogging for the camera. We chatted a bit more, and then it was off to Neighbourgoods where the idea was to sample food from some of my favourite stalls. We arrived at 9am and the market was already filling up. 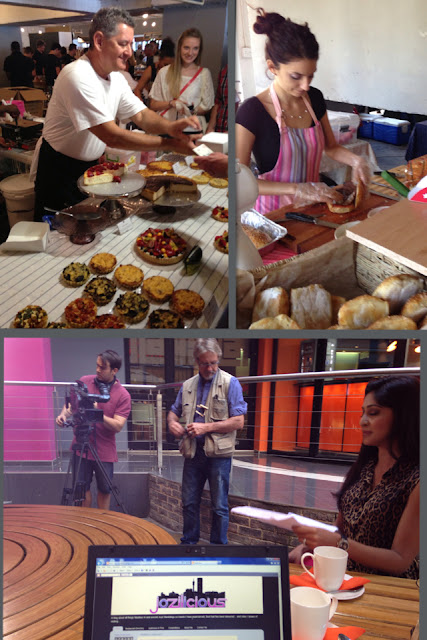 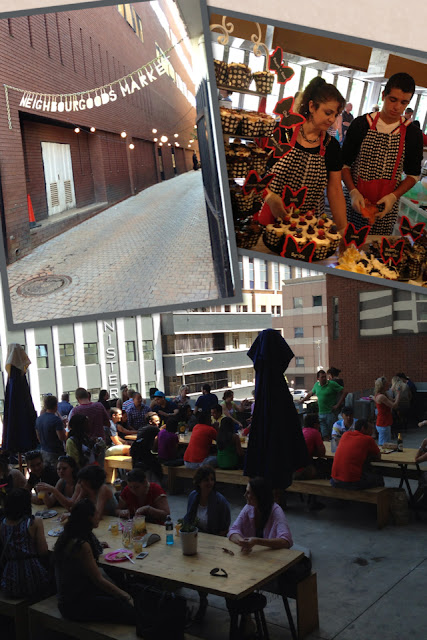 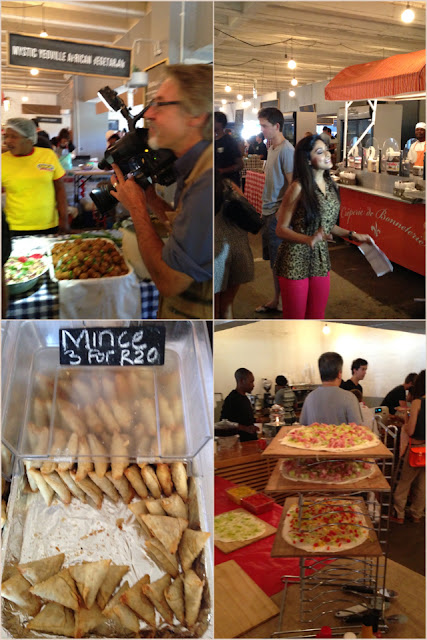 I’m not going to tell you too much about the market because I’m pretty sure most of you have already been. On the off chance that you haven’t, it’s pretty much the same vibe as the Old Biscuit Mill in Cape Town/ Market on Main at Maboneng. I love the fresh, delicious produce- you must go hungry and sample a few things. You can see in the pic above that there is a balcony area upstairs with benches- this usually turns into a party towards the afternoon where groups of people hang out over some craft beer. The only downside is that the food is quite pricey, but all markets these days are.

When you’re done at the Market, take a walk around Juta Street- there are few cool shops and galleries. You can also catch the Jozi City Sightseeing bus from there.

At the market, Kajal and I went to a couple of stalls and sampled some food- there’ll probably be a few shots of me stuffing food into my mouth! We then went upstairs and sat down, where we concluded the interview.

I have to say a big thank you to Eastern Mosaic for giving me the opportunity to be on their show! If I think about all the things that have happened to me since/because of Jozilicious, I really have alot to be thankful for. I put my heart and soul into this blog so it’s amazing to reap the benefits.

Alot of you have asked me when the feature will be up. I don’t know yet, but it will probably only be in 2 months’ time. I’ll definitely keep you posted! Thanks so much for all the well wishes, they really helped to ease my nerves 😉

On that note, I’ve promised you all a post on how you can make the most of your blog (or at least how I did) , and I’ll try to get that out later this week.

Have a great week!

Review: The Whippet is Jozi’s latest place-to-be How to make the most of your blog