Ahead of our trip to Spain, I was most looking forward to the food. Tapas originated in Spain, and I imagined spending leisurely evenings drinking sangria, and digging into an array of Spanish snacks. In retrospect, while I loved some of the dishes, others took a bit of getting used to- for example, in Spain, prawns aren’t deveined and are simply blanched in water before being served (eeew- poop tube still intact!)

I remember paying around 15 Euros  (= R200 according to this nifty Travelex currency converter) for 12 tiny plain prawns with zero flavour.  It’s safe to say that I much prefer the South African way of preparing seafood! Locally, we have a handful of tapas bars- which is a pity, because the idea of sharing really appeals to me- I love tasting a variety of food and I also like nibbling throughout the evening, especially if I’m with a group of friends.

One of my favourite places to do this is Rockets Lolita’s in Parkhurst. I absolutely love the vibe in Parkhurst on a Friday night but detest th parking situation. I always end up hobbling down a hill for ages before getting to 4th Avenue. After spending 20 minutes looking for parking, we arrived to a restaurant bursting with people. 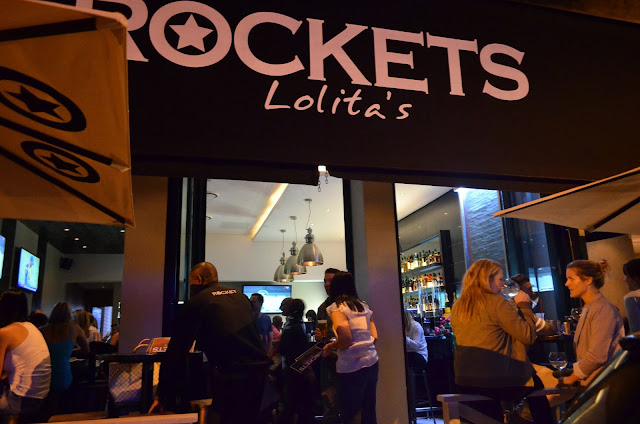 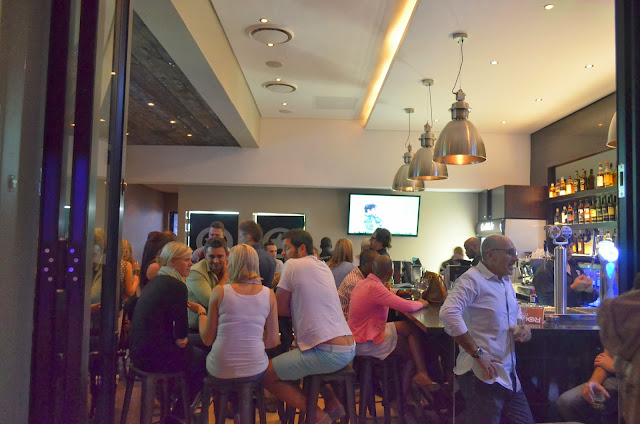 Adjoined to the regular Rocket restaurant, Rockets Lolita’s is a sushi, cocktail and tapas bar extension. Most of the people around us appeared to be just having drinks, but that didn’t stop us from quickly examining the menu, which really impressed me. I was surprised to see some of my favourite authentically Spanish dishes on the menu, like patatas bravas, roasted potato cubes topped with homemade spicy tomato sauce, R40, and tortilla espanola, served Spanish style- with potato, onion and egg, R42. I later discovered that the Spanish influence is due to the owner’s wife being from Malaga, Spain.

I expected the food to be good, but I didn’t expect it to be spectacular, which it was. The mushroom and cranberry ragout rosti, R44, goes down as one of my all time favourite meals – the flavour combination was sublime. We also loved the Madagascan prawns, R62, and the homemade fishcakes, R48. Wine and beer lovers will love the fact that there is a suggested wine and craft beer pairing for every food item. 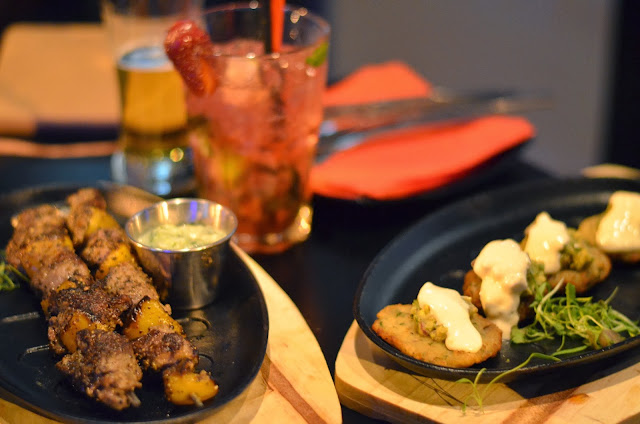 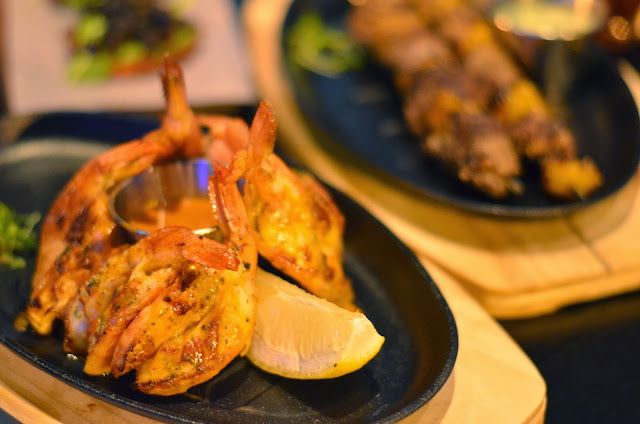 It’s definitely a little noisy and rowdy, but that’s all part of the experience. I wouldn’t recommend it if you want a quiet evening out, but if you want to grab a snack over some drinks on a Friday after work, I think it’s great!

Behind the Scenes: My Eastern Mosaic Shoot at Food, Wine, Design Fair Hazel Food Market in PTA is a pretty awesome way to spend a Saturday*